The recent release of the Pennsylvania grand jury report on clergy sexual abuse in the Roman Catholic Church during the past 70 years has unleashed another round of headline news...

The recent release of the Pennsylvania grand jury report on clergy sexual abuse in the Roman Catholic Church during the past 70 years has unleashed another round of headline news and sadly, much misinformation about this critically important problem.

As someone who has been conducting research in this area, evaluates and treats both victims and perpetrators, conducts psychological evaluations and screenings of applicants to Catholic seminaries, and has served on child protection committees for the Church at national, regional, and local levels for 30-plus years, it is important to separate fact from fiction concerning this explosive and highly emotional topic.

Here are a few of the major areas of misinformation that gets the most attention in the press about clergy sexual abuse in the Catholic Church:

No empirical data exists that suggests that Catholic clerics sexually abuse minors at a level higher than clerics from other religious traditions or from other groups of men who have ready access and power over children (e.g., school teachers, coaches).
The best available data reports that 4 percent of Catholic priests sexually violated a minor child during the last half of the 20th century with the peak level of abuse being in the 1970s and dropping off dramatically by the early 1980s. And in the recent Pennsylvania grand jury report only two cases were reported in the past dozen years that were already known and dealt with by authorities (thus the grand jury report is about historical issues and not about current problems of active clerical abuse now).

Putting clergy abuse in context, research from the U.S. Department of Education found that about 5 to 7 percent of public school teachers engaged in similar sexually abusive behavior with their students during a similar time frame. While no comprehensive studies have been conducted with most other religious traditions, a small scale study that I was involved with found that 4 percent of Anglican priests had violated minors in western Canada and many reports have mentioned that clerical abuse of minors is common with other religious leaders and clerics as well.

Clerical celibacy doesn’t cause pedophilia and sexual crimes against minors.
Think about it. If you can’t or don’t have sex with a consenting partner would children become the object of your desire? Of course not. If anything, other consenting adults would. Additionally, if public school teachers have levels of sexual victimization of their students at levels higher than Catholic clerics during the same time frame, then one can’t simply blame celibacy for the sexual abuse problem in the Catholic Church. Moreover, the vast majority of sex offenders are regular men, often married or partnered, with 80 percent or more victimizing their own family members with the most likely candidate being a step-father or older brother abusing a child or teen in the home.

Homosexual clerics aren’t the cause of pedophilia in the Church.
Since about 80 percent of the victims of clergy sexual abuse are male, many wish to blame the clergy abuse problem in the Church on homosexual priests. While research does suggest that the percentage of Catholic priests who are homosexual is much higher than found in the general population, we know that sexual orientation is not a risk factor for pedophilia. Homosexual men may be sexually attracted to other men but not to children. Research has found that most of the sexual abuse perpetrators didn’t consider themselves homosexual at all but were “situational generalists’’ (i.e., they abused whoever they had access to and control over, boys or girls).

The Church has used best practices to deal with this issue since 2002.
The incidents of clerical abuse in recent years (i.e., since 2002) are down to a trickle. Many of the newer abuse cases since 2002 have been perpetrated by visiting international priests here on vacation or sabbatical who have not gone through the extensive training and screening that American clerics now go through. The Dallas Charter and subsequent Church reforms have resulted in a number of industry standard and even ground-breaking policies and procedures to keep children safe in Church-related activities and keep abusing priests out of ministry. All dioceses and religious orders, as well as the US Conference of Catholic Bishops, have lay review boards with judges, lawyers, psychologists, social workers, human resource professionals, law enforcement officers, and so forth reviewing every and all cases of reported clerical problem behavior. A zero-tolerance policy is now in effect such that any credible accusation of abuse is reported to law enforcement, the offending party is pulled from ministry and evaluated, and if accusations are found to be credible then the offending party never returns to ministry ever again. Things are very different in the Church than before 2002.

A version of this article was originally published by Psychology Today on Aug. 23, 2018. 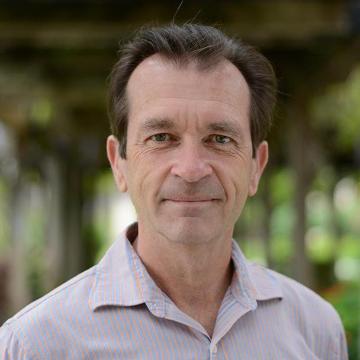