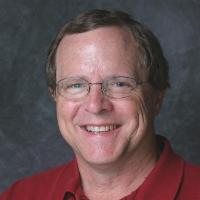 Christopher B. Paisley has served as Dean’s Executive Professor of Accounting at the Leavey School of Business at Santa Clara University since January 2001.   Mr. Paisley retired from his position as Senior Vice President of Finance and Chief Financial Officer for 3Com Corporation in May 2000. Paisley joined 3Com Corporation in September 1985 as Vice President, Finance and Chief Financial Officer.  During his 15 years at 3Com, the company grew from $50M a year in sales to nearly $6B a year in sales, ranking in the top 300 on the May 2000 Fortune 500 list.

Prior to joining the company, Mr. Paisley was Vice President, Finance and Chief Financial Officer of Ridge Computers, a scientific workstation manufacturer, from 1982 to 1985.  Previously, he was employed by Hewlett-Packard Company for five years in a variety of accounting and finance positions.

Mr. Paisley has a master’s degree in business administration from the University of California at Los Angeles and a bachelor’s degree in economics from the University of California at Santa Barbara.  He is a member of the Board of Directors for Ambarella, Equinix, Fastly and Fortinet.  Mr. Paisley serves as the Lead Independent Director at Equinix.  Mr. Paisley serves as Chair of the Audit Committee at all four of the companies.  He also serves as a member of the Compensation Committee at Fortinet, the Nominating and Governance Committee at Fastly and Ambarella, and the Finance, Governance and Real Estate Committees at Equinix.

Previously Mr. Paisley served on the Board of Directors for 3Par, Applied Digital Access, Aspect Telecommunications, Bridge Bank, Brocade, Control 4, Electronics for Imaging, Fitbit, Legato Systems, Persistence Software, Riverstone Networks, Silicon Image, Volterra, WJ Communications and YuMe.  He served as the Chairman of the Board at Silicon Image and Volterra.