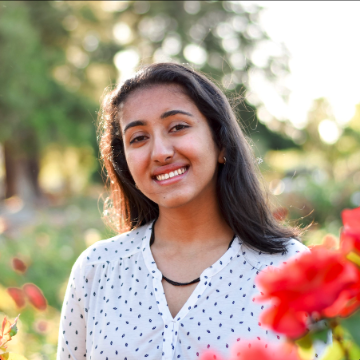 Irrespective of my introverted personality and general tendency to avoid working in large groups, I have always been intrigued by the prospect of working at school – simply curious about what it would feel like to be “on the other side.” Thus, when the opportunity came along in the form of the CWSP Special Projects Fellow role at Cristo Rey San Jose High School, I jumped at it thinking that it would be nothing more than a chance to explore a new professional setting. But it would certainly be an understatement to say that this role has both inspired and challenged me in so many unexpected ways within this short time frame.

Immersing myself in this role at CRSJ has exposed me to a new facet of the San Jose community – one that is comprised of individuals who lead life in a manner that is starkly different from what one might expect of those living in the wealthy, fast-paced environment of Silicon Valley. Through interactions with these students and learning about how their goals for the future have changed since coming to CRSJ, I have gained a greater sense of appreciation for the school’s mission itself and the tremendous impact of the Corporate Work Study Program (CWSP), a unique Cristo Rey initiative that connects students to professional development opportunities that they would have likely missed otherwise.

Whether the role be in a non-profit or in a large organization like the Stanford School of Medicine, the amount of effort and thought that the CWSP team consistently invests in matching each student to the right job placement has been awe-inspiring. It has reminded me that the ability to make a difference in someone’s life is quite dependent on making a genuine effort to learn more about the individual. For example, I had the opportunity to chat with a student, who told me that her time working on social media strategy at her non-profit placement had inspired to pursue a career in marketing in the future – a path that she had not originally envisioned for herself.

Despite my newness to the CRSJ environment, the amount of warmth I have received from the entire school community has been unparalleled. From the very beginning, my supervisor and the CWSP entire team have shown immense faith in me and my abilities, no matter what the task be. So far, I have worked on preparing a compilation of potential internship/job opportunities for CRSJ alumni, an alumni newsletter, and a new social media project titled “Humans of CRSJ,” which aims to spotlight exceptional students and staff members at the school. I have thoroughly enjoyed my time in this role thus and look forward to an exciting, fulfilling year ahead!