Malachowsky, a recognized authority on IC design and methodology, has been instrumental in managing, defining, and driving NVIDIA’s core technologies as the company has grown from a startup in 1993 to a global Fortune 1000 company (and the Forbes 2007 Company of the Year) with a worldwide reputation for engineering and product excellence.

Addressing the audience of business and engineering innovators, Malachowsky reported he never “set out to be an entrepreneur, but engineers tend to go in whole hog and they don’t accept failure. No, I didn’t set out to start a company,” he said, “I set out to have a job.” And his job, along with his fellow NVIDIA cofounders, evolved into trying to “solve life’s most difficult visual computing challenges” by developing Graphic Processors (aka GPUs) capable of generating stunning 3D graphics that helped power the Visual Computing industry. From the start, he and his coworkers defined themselves as atypical, creating a broader category for their work than had previously existed. “At the time, there was no consumer-oriented 3D graphics market; we had to figure out who our customer was; we had to sell them a product they didn’t know how to buy; and then, ultimately, we had to make them successful in order for us to succeed.” His experience led to the following “take-aways:"

Much of NVIDIA’s success stems from the ethical leadership of its founders. Echoing the tenets that reside at the heart of Santa Clara’s values-based education, Malachowsky sums up his leadership philosophy:  “We feel responsible to our families, employees, and shareholders to not be a fly-by-night operation, and instead to build a company that gives us all a sense of pride and delivers lasting value. As it’s not our style to let anyone one-up us in the marketplace, it’s also not our style to be victims of our own success within the company. The ingenuity and creativity required to keep our products flying off the shelves does not allow us time to sit back on any accomplishments or to do anything that isn’t straightforward and honest.” 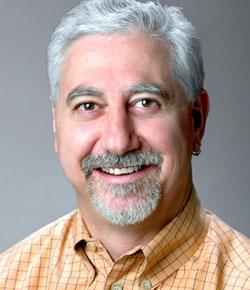