Though the headline on the March 22, 1961, edition of The Santa Clara student newspaper marked the beginning of coeducation at Santa Clara by screaming, “TRADITION SHATTERED,” it was a few years before females joined the ranks of engineering students. Following is an account by one of Santa Clara’s first women graduates, Lee Emery Hornberger, B.S. Mechanical Engineering, 1969. In 2001, Lee received the School of Engineering’s highest honor, the Distinguished Engineering Alumni Award, for her contributions to the School, the field of plastics recycling, and the recruitment of women into the engineering field.

When I first came to Santa Clara, I was scared of college and of being 30 miles away from home. Since I couldn’t afford an apartment, I traded babysitting of five kids in exchange for room and board and moved in with the head of admissions’ family.

In 1965 there was one female enrolled in civil engineering (a sophomore), one in electrical (a freshman) engineering and two in mechanical (both freshmen). In our first quarter we took chemistry, but with 100 people enrolled in the course and only 3 girls, we didn’t even know the others were there. The professor greeted the class and started talking about phosons and bosons and fermions; I didn’t understand a word after “hello.” I ran from class and immediately called my mother to tell her I was flunking out. “How many classes have you been to?” she asked; “One,” I replied. Her sound advice: “Well, don’t you think you ought to go to two?”

It took a year for we two freshmen women in mechanical to get to know each other because we were both day students. Eventually we became study partners. It was hard work, and lonely because the guys wouldn’t talk to us in class. Every day my friend Diane Coffey and I wondered if we could stick with engineering; we would discuss every other major and consider transferring, but we stuck it out. Without her, it would have been much harder; we were like Siamese twins.

I remember when Diane and I were taking Machine Shop; in those days they didn’t allow girls to wear pants, so we took shop in high heels or boots and miniskirts. We would often go into the shop at night to do our work and try to figure things out for ourselves. One night we needed to replace the blade on the band saw, but we kept opening the wrong size blades. They would fling out of their packaging and we couldn’t get them to fold back together. It was quite a sight—the two of us late at night and blades flying around in the shop! We were afraid of getting in trouble, so we hid them. Years later when I came back to teach in the Department of Mechanical Engineering, I found the blades, still stashed away in our hiding place.

We were so busy surviving, we didn’t realize the guys saw us as competition; we weren’t trying to beat them or undermine them, we were just working hard. At the time Tau Beta Pi, the engineering honor society, didn’t allow women. Since we weren’t invited to join, we thought we weren’t very good, but it turned out we were often number one and two in our mech classes.

It was in ME 11 that I found my passion for materials; the first time I learned how brick and steel were made, I was fascinated. Learning how materials are made is a passion that has absorbed me throughout my career. I still can’t walk by any structure or gadget without looking at it and thinking about how it is made.

After graduating from Santa Clara in 1969, I married Gary Hornberger, a civil engineer I’d met at the engineering picnic during my freshman year. We started a family, and in the ’70s I worked at a number of local companies: HP, IBM, Raychem, and taught as an adjunct professor here at Santa Clara, where I developed new courses in plastics and materials, as well as an outreach program to encourage women to study engineering. I’m proud to say that the percentage of female engineering students grew from 5 to 20% during this time. Later I continued my engineering education earning a master’s degree in engineering from MIT and a Ph.D. in mechanical engineering from the University of Utah. Coming back to the Bay Area from Utah in 1986, I landed a dream job with Apple, a young company where I was able to use every skill and engineering capability I ever had. Every day I was excited to go to work

In 1992, Professor Eugene Fisher, one of my first engineering teachers and my lifelong mentor, called to say he was retiring and asked if I would take his job. For 13 years, I served as associate professor of mechanical engineering and later associate dean for graduate students before returning to industry in 2005 as principal staff mechanical engineer at BAE Systems.

While at Santa Clara, I wanted to do research in something I cared about—plastics recycling. With grant money, I was able to start a plastics lab where students, faculty and members of the community developed simple, economic processes to convert plastic “waste” into materials and products. I also visited recycle plants around the country and throughout Europe and published papers on what was needed practically, technically, and financially to implement plastics recycling.

When I think about my time at Santa Clara as a student in the ’60s versus today’s citizens of the world, I’m struck by how different things were at that time. You could live in a four-block area and never go out into the world; months would go by and I would realize I hadn’t been away from campus. But one thing has stayed the same: the thing that was and always has been true of Santa Clara students is that they want to make the world a better place; they are idealistic; they care about others.

I feel very fortunate to have found a career that has given me the opportunity to contribute to the world, while taking me around the world. And it all started here at Santa Clara. 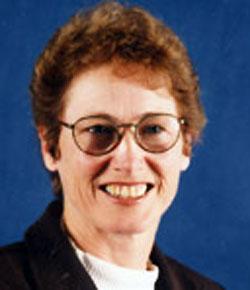