Protector of the Cambodian Forests

Nathaniel Bradford was a 2016-2017 Environmental Ethics Fellow at the Markkula Center for Applied Ethics.

The forests of Cambodia are under attack. Large corporations from China and western countries vie for control of land covered by rainforests, and the Cambodian government too frequently hands it over. Plagued by corruption and greed, the national and local government has sacrificed the health of the country’s natural environment and the wellbeing of its people for large sums of money.

At the heart of an effort to fight back is a man named Leng Ouch (pronounced “Ooch”). An environmental activist and forest defender, Ouch has been working to expose the vast injustices occurring in Cambodia’s rainforests. Ouch is known for his fearless operations to expose the companies and corrupt  government officials behind Cambodia’s deforestation.

The Cambodian government supports deforestation through Economic Land Concessions that falsely claim to promote economically beneficial agricultural development. More often, they are used to cover up illegal logging activities targeted at tree species whose wood is highly valued. ELCs frequently displace low income families and farmers who rely on their land for their livelihoods.

As a child, Ouch learned to live off the land as his family moved from forest to forest, foraging to survive, as the authoritarian Khmer Rouge regime continuously forced people off their land. After enduring countless hardships to finish school and earn a law degree, Ouch devoted his attention to illegal logging and land rights. “My motivation comes from my love for forests,” Ouch said. “I dedicated the resources I had to work on forest issues” [1].

The need for activists like Ouch became apparent after 380,000 hectares of rainforest were wiped out in Cambodia from 2002-2005/2006. In 2016, the problem still persists as studies report that Cambodia has the fifth highest rate of deforestation in the world [2]. The most devastating impact that deforestation causes is the loss of species whose habitat and home is the forest. Deforestation also accelerates climate change, as the earth’s trees are vital to maintaining proper levels of greenhouse gases in the atmosphere.

In addition to the serious ramifications that deforestation is having on Cambodia’s ecosystems, the lives of people are being seriously affected by deforestation. Due to their poor socioeconomic standing and political marginalization, the needs of families who rely on the forest for their livelihoods fail to be acknowledged by the government. 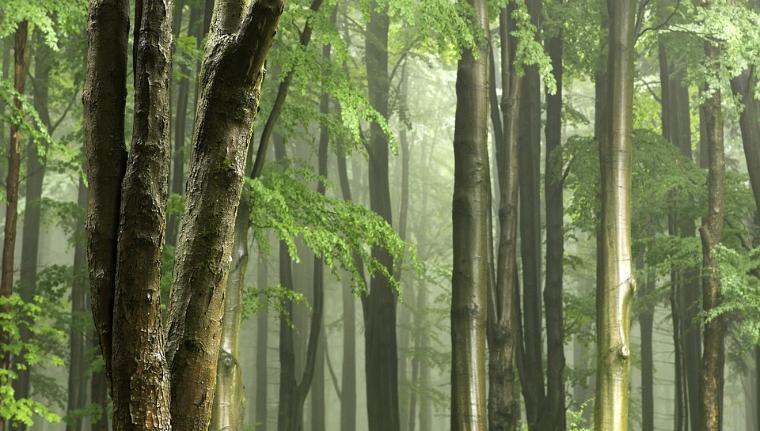 Ouch defends these people through rigorous investigations where he documents the illegal logging activities of private companies firsthand. Sometimes he uses drones, other times he goes undercover, and in almost every case, he finds himself in the face of extreme danger.

Cambodia’s forest controversy has sparked high levels of violence over the years. Forest rangers, journalists, and activists have been killed. Those who try to defend the forests are not dealt with peacefully by illegal loggers.

For this reason, Ouch now finds himself at the top of many hit lists. He has sacrificed his safety to defend the forests and frequently is forced to recede into hiding. His family has been intimidated by military police and one of his main colleagues and fellow environmental activist Chut Wutty, was murdered in 2012.

Ouch was recognized for his efforts earlier this year with a Goldman Environmental Prize. His efforts are not only noble, but they have benefitted rural communities and the country at large greatly. In 2014, Ouch’s efforts resulted in Cambodians and the international community pressuring the government to call off 23 land concessions, saving roughly 220,000 acres of forest [3].

Fran Lambrick, director of the documentary “I Am Chut Wutty”, points to Ouch’s courage as the main reason for his success. “[Ouch] faces serious risks, he knows what could happen, but he continues. It’s not that he’s fearless, to be fearless would be stupid in this situation,” said Lambrick. “Chut Wutty was shot on a very similar mission to what Leng undertakes on a monthly basis. But feeling fear and being ruled by it are different things, and Leng would never be ruled by anything” [4]

In Ouch, we see a man who is putting everything he has on the line, including his life, for the sake of the environment. A true hero and symbol of courage, the sacrifices Ouch has made should be a wake up call to those of us who struggle to adopt sustainable habits because it will disrupt our lifestyle. For environmental activists who face numerous setbacks in a time where the future is looking more bleak than ever, Ouch’s accomplishments are a testament to the large positive impact that one person can make.

[4] Vidal, John. “Even though I know my life is at risk, I still try to save the forest”. 17 April 2016. The Guardian. (https://www.theguardian.com/environment/2016/apr/18/cambodia-environmental-activist-wins-goldman-prize-ouch-leng)