The Future of an Island Home

Gabriella Carne was a 2016-2017 Environmental Ethics Fellow at the Markkula Center for Applied Ethics. She is greatly appreciative of Selina Leem for taking the time to answer her questions.

Imagine being faced with the reality of a potential future where your home has disappeared because of the actions of complete strangers on the other side of the world. Selina Leem, a 20 year old born and raised in the Marshall Islands is facing that reality and is doing everything in her power to save her home.

The Marshall Islands, approximately 70 square miles comprised of volcanic formations and spread across nearly 30 coral atolls, are home to over 53,000 people. A subset of Micronesia, this nation has a complicated history with larger developed countries, in particular the United States. During the early stages of the cold war between the years of 1946 and 1958 the United States conducted substantial nuclear testing on the Marshall Islands. As said by Dan Zak, writer for the Washington Post, “if (The United States’) combined explosive power was parceled evenly over that 12-year period, it would equal 1.6 Hiroshima-size explosions per day.” Even today, while technically independent of the U.S., these islands are still treated in some ways like a colonial territory. This is just the tip of the injustices the people of the Marshall Islands are facing as their battered home is now at risk of being completely enveloped by the ocean around them because of rapid sea level rise. 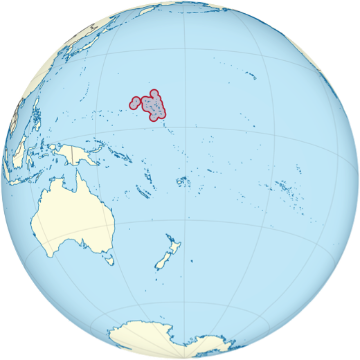 Over the past 20 years, the rate of sea level rise has increased to 0.13 inches per year. This is approximately twice as fast as the preceding 80 years. The past century has seen increased anthropogenic forces, such as the burning of fossil fuels, that has caused an increase in gases released into the atmosphere that trap heat. These gases in return cause Earth’s surface temperatures to increase. The majority of this heat is absorbed by the earth’s ocean’s. This increase in ocean temperatures then causes thermal expansion, the melting of glaciers and polar ice caps, and net ice loss from West Antarctica and Greenland. This increase in temperature (and thus expansion of the water itself) and massive influx of melted ice is what causes sea level rise and puts low-lying island communities across the globe in danger of flooding events and complete submersion by the ocean around them.

When she was young, Selina was told stories by her grandfather about their home being submerged by water. Her grandfather would tell her about the earth warming, the poles melting, and the tides becoming larger and more numerous. With the ocean being such an integral part of her reality growing up, Selina began to notice that what seemed like fables her grandfather had been telling her could indeed be true. She would hear rumors about whole parts of the island disappearing and they would experience more frequent wave inundations. Selina was filled with fear of the surrounding waters. She found school to be her outlet for this fear as she learned the science behind the interconnectedness of the global climate. Fear made way for anger as she discovered that these seemingly natural phenomenons had quite unnatural origins. Selina became bitter towards foreigners and believed it was their fault for what was happening to her home. It was that overwhelming anger and bitterness that propelled Selina into a life of activism and justice for the Marshall Islands. 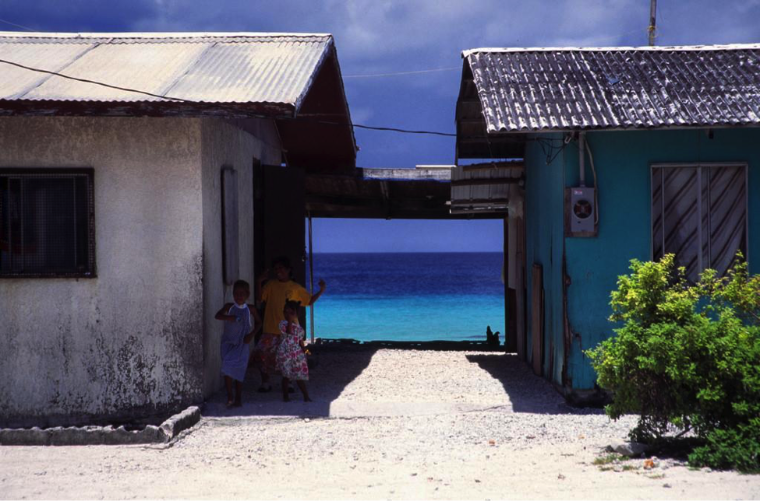 Selina eventually began to overcome her anger and bitterness, and found her niche in the environmental movement during the summer of 2013 when she was participating in a Junior Statesman of America program at Princeton University. She found herself feeling intimidated with the theories and principles that the other members seemed to have knowledge of. It wasn’t until she got the chance to speak about the challenges her home was facing, which met the science she had learned with the reality she knew growing up, that she found her drive.

Since then, Selina’s drive has only strengthened. She has done countless interviews, performed numerous spoken word pieces she has created, has spoken at the Paris Climate Talks of 2015 on behalf of the Marshall Islands, and has been featured on the latest National Geographic documentary Before the Flood narrated by Leonardo DiCaprio. Her creative and young voice is exactly what the Marshall Islands need. Selina can push her audience into a place of understanding and care for the current Marshallese, while at the same time, making them look into the future and see the repercussions of current global actions. When asked if she had one message she wanted the world to hear and understand, Selina responded “we are not ready yet to say goodbye. I do not even think we want to say goodbye.” This powerful statement is pushing people to understand that the Marshallese are individuals with a home in which they find comfort and love. The actions of a few regions on the other side of the world are drastically changing their home and are causing them to face the reality that they might have to say goodbye sometime in the future. They are not ready for this. Just like any other person would not be ready for their home to be taken away because of the actions of others. They don’t want to have to be ready.

Selena offers a few ways to get involved to help make sure that the Marshallese don’t have to say goodbye to their home, at least not yet. She has found that education, both for yourself and for others, is the single most powerful tool in enacting change in the world. We need to listen to understand what it is like to live with the reality of sea level rise destroying your home for it to really resonate and enact change in ourselves. We then have to share this knowledge and reality with others so that they will in turn do the same. In addition, Selina charges all with pushing for political change, going to demonstrations, add your voice to the masses, visit places affected by climate change and talk to people there, write about it and share your experiences, and put on events with guest speakers from affected area. She believes that you have to first find the compassion and drive within yourself, and then, once you’ve found it, it is your responsibility to share it with others.