Though the broad messages of Thanksgiving are ones we can all theoretically get behind we should also acknowledge that this messaging doesn’t tell the whole story...

Though the broad messages of Thanksgiving are ones we can all theoretically get behind—offering gratitude and sharing one’s bounty—we should also acknowledge that this messaging doesn’t tell the whole story.

Why is it important to have uncomfortable conversations, particularly during the Thanksgiving season, as it relates to America’s history of assimilating its Native people?

Without doing it, we continue to erase history. So much of our land’s Native history has already been erased and so much of it has been lost because we as an American society don’t want to admit what happened. That land was taken from people who were here first. That we assimilated them into a culture they may not have wanted to be part of.

If we can acknowledge that history, though, it’s a good first step in educating folks about the true meaning of Thanksgiving.

The OML’s “Difficult Dialogues” event on indigenous assimilation for Native American Heritage Month had to be rescheduled for next year, but what can we expect from the event?

One of my student staff members had the idea of doing a gallery walk of Native Americans who’d been assimilated during the United States government’s 100-plus-year effort to transform the country’s indigenous culture to an European-American-approved one.

So on the flyer we created for the event, there were two photos of a Native man—one where he’s wearing full headgear and regalia representing his Native culture, and an “after” photo of him clean-shaven in a suit, where he looks completely different.

We are going to have folks look at those photos and ask them to put themselves in their shoes and contemplate how it would feel to have their cultural ideals erased. It’s an exercise that sparks further conversation about current times—how are we still assimilating certain people? Are we really allowing folks to maintain their native culture?

Thanksgiving can be a painful day of remembrance for many indigenous people. How can we as individuals and as a society reckon with that uncomfortable reality?

This is a tough conversation I recently had with my student staff. We were trying to figure out how we should market Thanksgiving because for many people it is a happy time and many of us look forward to it all year.

Something I think that’s really important is to acknowledge the complicated history of Thanksgiving. If you want to share in the sense of feast and the giving of thanks, that’s great, but understand the history behind the day. It wasn’t necessarily a happy time for many and we have to acknowledge that.

It’s great that we now do the land acknowledgement at OML events to pay respect to the Ohlone People’s land Santa Clara’s campus was built on.

The dinner table at Thanksgiving can sometimes be a battleground. How do you suggest we acknowledge issues of importance and divisive current events while keeping peace with Great Aunt Mildred?

So I tell people to watch body language. If Grandma or Grandpa or whoever is turned off by what you’re saying and literally turning away from you, it’s OK. Don’t feel like you have to change everyone’s views. But if you do feel like you’re in a safe space and there are people in your family who are willing to hear you out, I say seize the opportunity and try to open their minds to other perspectives.

It also doesn’t have to happen around the table at Thanksgiving. There’s no reason not to have these conversations continuously.

Do you see any generational differences when it comes to eagerness to participate in these difficult dialogues?

Oh heck yeah. I’m 30, and if you look at even the decade difference between me and my students, so much has changed. When I was growing up, the world looked different—politically, socially, culturally. Things didn’t seem as extreme.

Take, for example, the topic of school shootings. When Columbine happened, that was mind-blowing, right? Now, it’s an everyday occurrence and it’s become so normalized.

I think because our current students have grown up in such a different world compared to previous generations, and have such extreme access to information through technology, the need to be involved in the cultural conversation, to be activists, to start social movements, is just so embedded in who they are. Which, to me, is really exciting for the future. 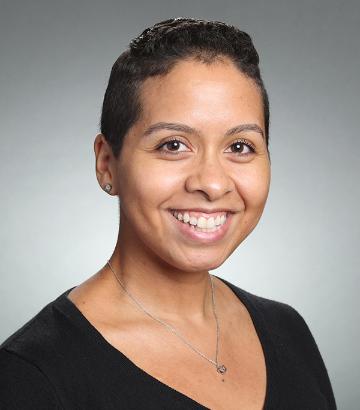