The pandemic of the unvaccinated

A virus. A vaccine. And a neighbor's intent.

Imagine you’re injured, but as the paramedics wheel you toward the hospital emergency room, your anti-vaxxer neighbor rushes past you and reaches the doctors first, demanding treatment because he or she has a serious case of COVID-19.

Does your neighbor’s anti-vax stance, or their intent, matter?

It could be a scene from the “pandemic of the unvaccinated,” currently breaking health systems in states like Alabama, Mississippi, Montana, Florida, Texas and Alaska. It’s an avoidable tragedy, but somehow a mystery to many of America’s willfully unvaccinated who, in their hour of COVID-19 need, find themselves desperately seeking help from the same medical professionals they chose to ignore. Some are so committed to their willful ignorance and selfishness that they would rain abuse, threats, and accusations upon those working to save them.

But what of the threat they have posed to others, from children under 12 still waiting for a vaccine, to the immunocompromised who remain at risk? Before their panic set in, were vaccine-refusers motivated to consider their impact on other patients, or on exhausted medical professionals, overwhelmed by legions of fellow anti-vaxxers flooding emergency rooms?

The question of the hypothetical neighbor’s intent is more than an idle thought experiment. It’s a dangerous omission in public policy regarding the ethics of treating the willfully unvaccinated. This is not simply a question of triage, it is also a question of moral agency and informed consent. We want healthcare to concern itself with saving lives, not passing judgment on those in need of care. But the status quo of publicly ignoring the question of intent is itself a judgment.

Talk of de-prioritizing unvaccinated patients in Texas was quickly abandoned, dismissed as a thought experiment, and supposedly never touched on questions of moral consequences. To justify the status quo, pundits have drawn analogies with traffic accidents (where a drunk driver is not judged during treatment), or smoking (where a cancer patient should not be shamed over a lifelong smoking habit). These are dangerously misleading comparisons. A drunk driver has impaired judgment, and criminal liability; an anti-vaxxer on a ventilator has neither. And while we do not shame lung cancer patients, we do not tolerate forcing second-hand cigarette smoke upon others, let alone children. One particularly deceptive analogy even compared the backlash at vaccine refusal with the persecution and stigmatization of AIDS patients. That kind of deplorable analogy trivializes the suffering of AIDS patients who still have no freely available lifesaving vaccine—no matter what the governor of Georgia might say.

Vaccine and mask refusal can be a manifestation of a dangerously selfish sense of entitlement. For example, an asymptomatic COVID-infected anti-masker, and those implementing policies to enable him or her, refuse even the minor inconvenience of a mask, weighed against the potential to partially protect others’ lives. I believe it matters whether this is an indefensible act of indifference, motivated by intentional malice or willful ignorance. Either way, the status quo needlessly enables such ill intentions by ensuring that intent is not questioned, let alone tested.

Vaccine refusers are incentivized to embrace convenient "alternative facts" that let them avoid feeling selfish, espousing whatever they find most flattering to their egos or aligned with their preferred ideologies. We neglect to test our neighbor’s intent, and neglect to promote an informed public, when there are no perceived consequences for choosing or promoting untruths. Neglecting intent in this pandemic effectively punishes three groups: good doctors, innocent patients, and even the not-so-innocent patients (since they are denied an incentive to seek out better medical information).  Blindness to intent only helps one constituency unequivocally: bad doctors and charlatans who profit from propagating medical misinformation.

In my mind, treating all patients equally, regardless of their path to the ICU, disregards intent, and is therefore not an act of merciful objectivity, but an act of cruelly irresponsible apathy. It is not abstaining from judgment and accusation, it is abstaining from the promotion of accountability and responsibility. It is not a protection of individual rights, but a free pass for willful misinformation and an abandonment of individuals to the predation of charlatans selling convenient lies. It is, in short, an abdication of our duty to truly care for each other.

Ignoring intent, to focus solely on saving the most lives possible in the moment, may seem like a universally moral choice. It is not. Rather, it’s now akin to saving a hostage-taker by sacrificing their hostage, a morally untenable scenario. And it shouldn’t take a computer scientist to point that out.

Read more about ethical considerations for COVID-19 vaccines from The Markkula Center for Applied Ethics, which is also hosting a Get Vaccinated Webinar Series. 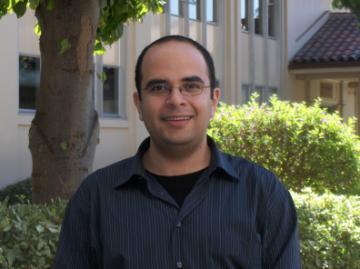