How do students learn to reckon with Santa Clara's complicated Mission history?

The debate over what to do with Santa Clara University’s statue of St. Junipero Serra is resolved, at least for now.

A new report by the campus Ohlone History Working Group—appointed last year to help the University review campus markers and monuments that commemorate Mission history and that of the Ohlone people, on whose ancestral land SCU sits—has recommended the statue be placed in storage until a more comprehensive interpretation of history that appropriately acknowledges Serra’s legacy at Santa Clara can be devised.

The story of the Franciscan priest who established a system of 21 Missions in California comes with a troubling reality. On one hand, historical documents show he struggled—and often succeeded—in protecting Indigenous people from abuse. But in his quest to convert them to Catholicism and help expand Spain’s territories, Serra was complicit with the church and Spanish military in enslaving indigenous populations.

Not surprisingly, statues honoring Serra have long been scrutinized by Indigenous people. Much like Black Americans who abhor Confederate statues—some of which were toppled in recent years including in the wake of George Floyd’s killing—Native Americans say they’re offended by symbols of oppression that continue to dot public spaces.

While she was not part of the working group, Elizabeth Drescher for years has taught a summer course on Religion in America that includes the history of California’s Mission system and Serra’s complicated role.

We talked to the adjunct associate professor about how her students learn to reckon with the history they encounter when they step on campus, including the Serra statue, a gift to SCU from the Santa Monica-based William H. Hannon Foundation in 1997.

How do you kick off this conversation about Serra?
I start by having them read an article that is a historic review and that is objective in the sense that it does not have a religious or cultural stake in the argument, per se. It reviews available evidence from Serra’s own time and subsequent historical reconstruction of the period and the way Serra has been depicted as he was moving through the colonization process. That introduces students to the idea that what we may understand as "historical truth" in fact changes over time, depending on who is telling the story and what their investment is in the story. I don’t want to put a thumb on that scale.

What factors do you ask them to consider?
I want students to think about how you make sense of these different perspectives, and I want them to pay attention to who is making the argument about whether Serra is a saint or a villain. Is there some way of reading history that makes both of those possible at the same time, and what does that mean?

I also want them to think about how they are implicated in that question: that they stand on a campus that is the traditional land of Indigenous people, and the serious questions about how they were treated by missionaries and how they together—Native Americans and Spanish colonial missionaries—made this space available to the students, ultimately.

Had they seen the Serra statue on campus?
Most of my students do not know there is a statue; it’s sort of hidden between the Mission and the Adobe Lodge. It’s a life-size bronze figure, and he was very short;  you have to be on the lookout for him. Some of my students will go visit it to get a look—not this year, obviously.

But then I ask them how they feel about it being on campus; is it appropriate given the fraught history? How would they handle representation of the Mission’s history as it focuses on Serra? Different students take different perspectives on what should be done about that.

What do they say?
I looked back on prior discussions in the course, and I’ve never had a student who said, “It has every right to be there.” Nobody has ever said, “It’s a part of our history, and he’s a saint, so let it go.”

But there has been a wide range of perspectives on how to address it. Some students are more radical in their approach to the statue; they say it should just be removed, that it’s offensive to Indigenous people and represents a really negative part of our heritage.

Then I ask them: If we remove the statue, what happens when we erase those stories, and we never talk about it? That conversation often leads to a discussion of why we have to contend with our history, including the difficult parts.

Are there similar concerns about removing Confederate statues?
Not exactly, because Confederate statues were largely put up long after the Civil War, in the early 1900s and the 1950s and ‘60s, as part of Jim Crow culture. They were meant specifically as symbols of white supremacist oppression. I’m not an advocate of tearing down public statues if that results in erasing history. But Confederate statues obviously have a very different history.

What else do your students suggest?
Some students say it should be removed and placed in the de Saisset Museum so it can be contextualized along with other parts of the Mission’s history and Native American history.

Or, a plaque could be put up near the statue with information about the full history, or a QR code (a matrix barcode that can be scanned by smartphones) near the statue could take you to a web site that explains who Serra is and the different understandings of Serra from different groups. Others say a statue that honors Native Americans could be placed near the Serra statue, along with related educational information.

What always impresses me about these conversations is that students are passionately committed to approaching representations of the Mission and the heritage of the University in a way that is just and honorable. And they recognize that a statue as a medium does not on its own allow for a lot of complexity.

Can you talk about the world of the California Mission system?
We think of the soldier, settler, and missionary as three distinct categories of people in their historical context, and they very often were not.

There were people who were in religious life—bishops and priests and friars and such—who were government administrators for the Spanish Crown. They were making decisions for the colonial government about the status of Indigenous people as slaves or indentured servants—who functioned pretty much as slaves.

And the mission system was a commercial system as well as a religious one. They were going into business to make money, earning incomes for the church and for Spain. They had to feed themselves, so crops had to be cultivated. They needed structures like churches, rectories, and other shelters. They had roads built.

William Hannon, whose foundation provided Serra statues up and down the state, including on the SCU campus, said, “Father Serra was the first [real estate] developer of California.” Serra accomplished all of this with the labor of Indigenous people, arguably under some measure of compulsion.

It misunderstands colonial reality to suggest that missionaries were brought along just to pray and say Mass. They were doing lots of things, and they were fully integrated into other aspects of colonial life.

What do you hope students take away from your class, from Mission history to religion in America overall?
I hope students come out of this particular module in the course understanding it’s not just a question of was Serra good or bad, statue up/statue down. It’s a question of understanding what was, in his own historical context, a very complex and morally fraught reality. And that has had consequences.

We’re always looking to move from historical context to its eventual consequences, including religious, spiritual, and moral consequences, and how they play out even today. That complexity never goes away for religion in America, and that certainly is the case on our campus. The Ohlone History Working Group has clearly recognized this, and I suspect that students will be impressed by the care the group took in addressing the challenges of our history.

Any thoughts on the report's recommendatons?
The recommendations of the Working Group do exactly what I ask students to do in Religion in America: to contextualize the past and its representations in the present as they impact lived experience today. Sometimes, as in the case of the Serra statue, that contextualization requires deeper reflection and conversation. Storing an often incendiary statue while taking the time to thoughtfully and respectfully contextualize it within the complex history of the Mission and the current reality of the University will allow that.

At the same time, as with the Confederate memorials we discussed and the Peter Burnett plaque (see below), the sins of the past are unambiguously present in modern representations that they merit removal from any places of honor like public squares or the Mission Church. Recontextualizing these objects within educational projects such as a museum exhibit allows us all to contend with the painful histories they mark and their consequences today.

These two different approaches to the University’s past as it lives in the present make clear that there’s no one-size-fits-all response to such questions. That will give students in future versions of Religion in America much to consider.

Editor's note: Per the report's recommendation, a plaque in the Mission Church dedicated in 1930 to Burnett, California's first elected governor and a former trustee of Santa Clara College, also has been removed. Burnett, whose heirs attended and taught at Santa Clara, is best known today for his racist, white supremacist beliefs and actions, including being a slave owner and a proponent of Native American extermination and Chinese exclusion.
The report suggests that the plaque instead be incorporated in the de Saisset Museum’s "California Stories from Thámien to Santa Clara" exhibit as a way of contextualizing and remediating, rather than erasing, this ignominious chapter of California history. 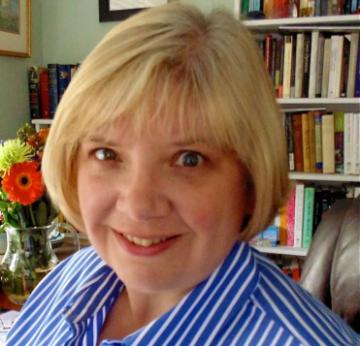