I'm ruminating on this Illuminate piece on the road again, this time from Michigan en route to Massachusetts. For my California soul, lush...

I’m ruminating on this Illuminate piece on the road again, this time from Michigan en route to Massachusetts. For my California soul, lush greens and plentiful water are a sight for sore eyes – but not quite enough to relieve my anxiety about traveling with my mom and aunt. I love my family, but traveling with people who don’t regularly use smartphones stresses me out more than the thought of missing my flight!

Moments that made my eyes bug out:
“Is there a place to catch a cab at this airport?”
1. We were at Detroit Metropolitan. If there was only one airport that depended on cars, it would be Detroit.
2. Even if we weren’t, there were two Lyft cars in range to pick us up. (I checked as we left baggage claim. Second nature.)
My aunt driving with directions handwritten on a piece of paper:
With elders, I normally try to not be a backseat driver, but at one point I just pumped the volume to 100% with Google Maps on speakerphone. Eventually I took the keys and said, “I’ll drive! You both rest!”
Mercurial Weather:
Unlike my pre-wedding weather jitters, obsessively checking the weather for a trip is totally justified. Especially when you’re headed to the Midwest and East Coast during transitioning seasons. We were not in California anymore! For me, this meant locating the one raincoat I use once a year.
At other points, I taught my mom how to check-in for a flight on her iPhone, showed my aunt how to bump her Motorola’s font size to HUGE, and took solace in “me time” with the Bluetooth mirror in our hotel bathroom. I know my impatience showed. As much as I tried to be available for quick teaching sessions on how I personally make travel smooth, I could sense both the hesitance of non-autodidact students opening themselves to learning, and also the outright fear-based rejection of going too far into the future. “I have no need for [Google Maps],” my aunt said. “My daily routine is quite small.” But she just picked us up from the airport which proves that even small routines can have breaks, and the future is where it’s at! The future is what can make your small routine bigger, richer!
These are my dreams for future travel:
Self-Driving Cars:
As cautious as I am about signing up for the first edition, I want one. ASAP. A blind neighbor of mine rides in a self-driven beta from the East Bay into San Francisco, and it seems like the perfect solution. A society of self-driving cars means less need for a hefty household investment and more land that could be used for any number of things. If the car has Wi-Fi? I will probably be doing work (while catching up with my friends) during my commute.
Virtual Travel for Those Who Can’t:
When I first started at Santa Clara, the big word in the media was “globalization.” Thomas L. Friedman visited, discussing the concept in more economical and political terms, but nowadays, we can expand people’s minds through virtually immersive experiences! Facebook didn’t buy Oculus Rift just for funsies. (Although floating through space while seated in my office chair was really cool.) There’s a future in virtual reality that can make the world smaller. Immersive virtual reality experiences are destined to be cheaper than taking that trip, opening whole new worlds to those for whom travel costs are simply too prohibitive.
Less Baggage:
I mean this in a proverbial and literal sense. With better cloud security, I’d love to go from city to city and pull up my files from the hotel room’s included computer. Flying with a physical device is clumsy and scary. Even if your files are backed up, if something happens to that computer, it’ll kill your productivity for at least a day. I’ve been on flights where each passenger got to borrow a Chromebook. ACE Hotel lent each guest an iPad as far back as 2011 (complete with hipster tablet cover). Why should I even bring a computer with me if travel hubs could just prepare themselves with libraries of computers for public use? If it were easier and more trustworthy to plug in and sync up anywhere, I’d at least get through security with a lot less worry on my mind.
Space Travel:
Sign me up! Get on it, Elon.
There are industries where I don’t believe technological advances need to advance further than we’ve imagined (robots rebel!), but travel is one area where I want to go bust. I frankly don’t see any reason not to extend what we can with the hardware, software, and infrastructure. 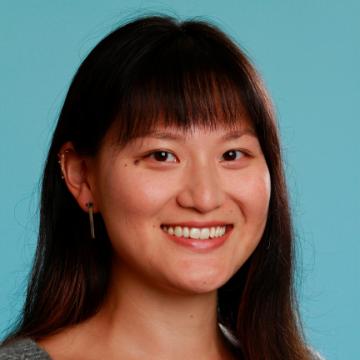