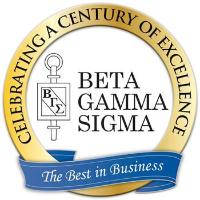 Beta Gamma Sigma, the national business honor society, was founded in 1913, and is the business academy's equivalent of the humanities' Phi Beta Kappa. The Santa Clara University chapter was begun in 1955.

Business sophomores who have maintained a cumulative SCU GPA in the top 10 to 15% of their class through the end of the spring quarter of their first year (usually a minimum of GPA of 3.8 or better) are invited to become Leavey Scholars.

Leavey Scholars enjoy benefits such as: 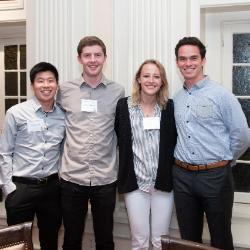 Check out a few of the Leavey Scholars Student Profiles.