Alexandra George '21 is a double major in philosophy and political science. She conducts research with the Paper Prisons Initiative and is a 2020-21 Hackworth Fellow at the Markkula Center for Applied Ethics. Views are her own.

As of 2019, there were over 1.5 million people incarcerated in state and federal prisons and jails in the United States. What is more, much of this population is rapidly aging. The number of individuals serving life sentences who were between 55 years old and 65 years old increased by over 150% between 1993 and 2015. Clearly, many inmates will soon reach the end of their lives in prison. However, prisons are ill-equipped to provide adequate palliative care. This combined with dying while incarcerated violates inmates’ human dignity.

What is Compassionate Release?

One solution to the above problem is compassionate release, which is a series of state and federal policies that release inmates from prison due to “extraordinary and compelling” circumstances, including terminal illness, debilitating illness, and family emergencies. Compassionate release policies were first enacted at the federal level in 1984 as a part of the Sentencing Reform Act (SRA). Lawmakers intended for the SRA to be tough on crime, which translated to practices including the elimination of parole for all federal prisoners who committed a federal offense on or after November 1, 1987. Congress recognized that this would lead to unfair sentences, so Congress created “safety valves” that courts could use to prevent unjust sentences. Compassionate release is one such safety valve.

What Can Ethics Teach Us About Compassionate Release?

As Bryan Stevenson wrote in Just Mercy, “simply punishing the broken--walking away from them or hiding them from sight--only ensures that they remain broken and we do, too. There is no wholeness outside of reciprocal humanity” (290). We are currently faced with a choice: what type of society do we want to be? Do we want to continue to treat compassionate release as a token ethical act, or do we want to make real change? Change is within reach, so long as we recognize and act on the “extraordinary and compelling” nature of compassion and reciprocal humanity. 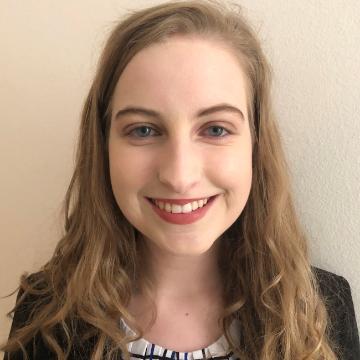 "I’m a senior with a double major in philosophy and political science, born and raised in Los Angeles. As an aspiring lawyer, I enjoy studying the law, particularly as it intersects with politics and philosophy. I’m a member of the University Honors Program, the Communications Chair on the Honors Advisory Council, and president of the SCU Harry Potter Club. My hobbies include reading, contemplating philosophy, playing ukulele, and spending time with friends and family. My favorite role model is Ruth Bader Ginsburg."