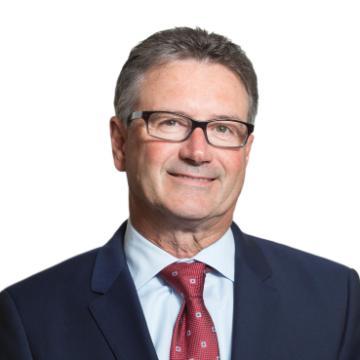 John P. Pelissero, Ph.D., is a senior scholar at the Markkula Center for Applied Ethics at Santa Clara University and a Professor Emeritus of Political Science at Loyola University Chicago, where he served on the faculty for 35 years until 2020.

An accomplished researcher and teacher in various areas of American politics, he is a specialist in urban politics and public administration. He has published dozens of articles in political science journals and has published two books: Cities, Politics and Policy: A Comparative Analysis, Washington: CQ Press, 2003; and Managing Urban America, 8th ed., Washington: CQ Press, 2016 (with Robert England and David Morgan).

Pelissero has more than 20 years of experience as a leader in higher education. He was chairperson of the Department of Political Science, associate provost and vice provost for Academic Affairs, served seven years as provost and chief academic officer, and led Loyola University Chicago as interim president for one year. As the University's chief academic officer, he was responsible for 11 colleges, schools, and institutes, as well as university centers and libraries, and the Division ofStudent Development.

In a variety of leadership posts at Loyola University Chicago, Pelissero promoted the values of ethical awareness and social justice in education and community action. He led the development of the new core curriculum (2005) that included the first ethics and values requirements for all undergraduate students. He was a key leader in the development and accomplishments of two successful strategic plans that promoted ethical awareness and justice in university learning and actions: Our Commitment to Excellence (2009-14) and Building a More Just, Humane, and Sustainable World (2015-20). In his book, Managing Urban America, he offers a concise view of the importance of ethical behavior in government:

“On taking office, every public servant, elected or appointed, enters into a covenant with the people: that the officeholder will not use her or his position for personal gain. Additionally, public officials must ensure that policymaking and service delivery occur without favoritism or discrimination…A basic grasp of right and wrong coupled with a firm commitment to the public interest can help to keep public officials on the right track.”