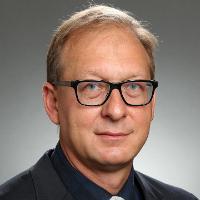 Serguei Maliar joined the Leavey School of Business in the Fall of 2013 as an Associate Professor of Economics.

Professor Maliar’s specialization is in macroeconomics, economic theory, game theory, numerical methods, economies in transition, and economic growth and development. His scholarship has appeared in numerous top journals such as Econometrica, Quantitative Economics, Review of Economic Dynamics, Journal of Economic Dynamic and Control, and Journal of Business and Economic Statistics; he contributed a chapter to Handbook of Computational Economics; and is currently advising Canadian Central Bank on the model for the optimal monetary choice. He is an associate editor of Journal of Economic Dynamic and Control and a recipient of NSF grant for 2016-2019 academic years.