AI is an evolving technology, one that is constantly pushing the boundaries of what we think is possible and what might be ethically acceptable. This is the impetus behind the Future of Life Institute’s world building contest, which asks those in the field to imagine a world in 2045 where artificial general intelligence (AGI) has become commonplace. The Future of Life Institute is a global leader in AI ethics and AI governance, as 2020-21 Hackworth Fellow, Julian Dreiman ’21 says: “[Future of Life] really has a lot of sway as a think tank, a lot of people go to them to look at these issues.”

For Dreiman, this was a unique challenge that presented some ways for him to explore the reasons he found AGI interesting, especially when it came to caregiving for older adults and AI governance. As he says, “What’s unique about AI is that it’s a general purpose technology. AI permeates everything.”

Dreiman’s interest in AI was furthered by his experience as a 2020-21 Hackworth Fellow, where he worked with Director of Technology Ethics Brian Green. As a Hackworth Fellow, Dreiman conducted surveys on campus to understand the student population’s thoughts on AI, its goals, and the importance of accountability. He also asked respondents to consider the ethics of deception by AI when it comes to caregiving for the elderly. Now, after his graduation, Dreiman works in future forecasting, allowing him tools that helped him in developing this new future of AI.

His submission to the contest detailed three different AGI systems, each developed by a major world power. His rationale behind only having China, Europe, and the U.S. create the major AGI powers in his world was purely logical. “You can have the idea, but if you don’t have the compute power, or the money, or the government support to make it happen, it won’t happen.” 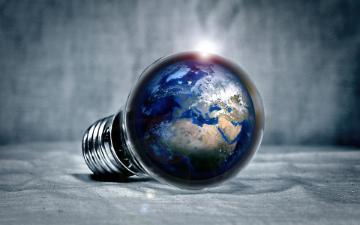 In the world Dreiman built, each AGI system has a different approach. The Chinese version is sponsored by the government, and is based on state planning and state control. The European system is embedded with the EU Charter of Fundamental Rights, and focuses on individual rights and threats such as climate change. The American version is what Dreiman envisions to be “the most realistic,” being created by a private company and focusing more on profit than general wellbeing or morality.

While AI certainly has its negatives and certain aspects that need to be carefully considered, the goal of this contest and of Julian’s own submission was to present the positives. “If you only think about the negative aspects, then you don’t have a framework to fall back on or examples to look at that could be positive,” says Dreiman. He also stressed the importance of accepting AI and understanding how to improve and guide it. “AI is here to stay, engaged society can decide how it grows and develops, and as we become a more advanced society, technologically speaking, we tend to lose social cohesion and bonds, and so those bonds become more important the more technologically advanced we get, and we can’t lose sight of that.”

When asked to reflect on the context, Brian Green, director of technology ethics at the Markkula Center, summarized, "The basic idea of the contest is that artificial general intelligence - AGI - has become a part of society and AGI has helped to make the world better and not worse. The "positive future" idea presented in the contest allows us to have something good to work towards, and not just bad things to avoid. For quite a while we have had dystopian stories warning us about futures to avoid, but not stories about reasonably good futures that we can guide ourselves towards. Maybe with more positive ideas of the future, technology developers will have their imaginations sparked towards some new beneficial uses of AI that will really help society."

Dreiman’s submission reached the final stage of the contest, being one of twenty finalists. The final rankings of the contest’s finalists will be released on June 30th, and will be announced at worldbuild.ai.