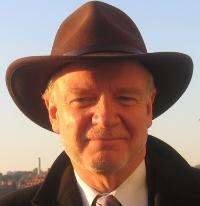 Professor Field’s wide-ranging and cross-disciplinary academic research has proceeded over almost half a century.  His doctoral dissertation at UC Berkeley, which won the Economic History Association’s 1975 Nevins prize, explored the interactions between industrialization and educational reform in mid-nineteenth century Massachusetts.  In his thesis and subsequent papers Field focused both on the details of nineteenth century industrialization and linkages to the expansion and reform of public education, distinguishing between the effects of the changing derived demand for cognitive skills and the political appeal of the broader economic benefits of school-based socialization.  Notable articles include ”Economic and Demographic Determinants of Educational Commitment, Massachusetts, 1855," Journal of Economic History (1979), Occupational Structure, Dissent and Educational Commitment, Lancashire, 1841," Research in Economic History (1979), "Sectoral Shift in Antebellum Massachusetts: A Reconsideration," Explorations in Economic History (1978), and “Industrialization and Skill Intensity: The Case of Massachusetts," Journal of Human Resources (1980).

Field’s concern with the independent causal influence of variation in institutions and norms, evident in the emphasis on socialization in his thesis, led to a variety of publications, including “The Problem with Neoclassical Institutional Economics: A Critique with Special Reference to the North-Thomas Model of pre-1500 Europe," Explorations in Economic History (1982), "Microeconomics, Norms, and Rationality," Economic Development and Cultural Change (1984), and “Do Legal Systems Matter?" Explorations in Economic History 28 (1991). This in turn expanded into a broader interest in behavioral and experimental economics, including evolutionary and biological influences on behavior, reflected in his 2001 book, Altruistically Inclined? The Behavioral Sciences, Evolutionary Theory, and the Origins of Reciprocity (Michigan) which won the 2003 Alpha Sigma Nu National Book Award in the Social Sciences. Subsequent contributions in this stream include "Group Selection and Behavioral Economics," in Handbook of Contemporary Behavioral Economics: Foundations and Developments (2006), "Beyond Foraging" (2007), in Journal of Institutional Economics, and "Why Multilevel Selection Matters", in Journal of Bioeconomics (December 2008). His paper "Prosociality and the Military" appeared in the Journal of Bioeconomics (2014), and "Schelling, von Neumann, and the Event that didn't Occur" in Games (2014)

Field’s interest in economic development and technical change, also evident in the thesis, resulted in the 1980s and 1990s in several articles exploring the role of communications technology in facilitating capital-saving technical change.  These include "Modern Business Enterprise as a Capital-Saving Innovation," Journal of Economic History (1987),  "The Magnetic Telegraph, Price and Quantity Data, and the New Management of Capital" Journal of Economic History (1992), "French Optical Telegraphy, 1793-1855: Hardware, Software, Administration," Technology and Culture (1994), and “The Telegraphic Transmission of Financial Asset Prices and Orders to Trade:  Implications for Economic Growth, Trading Volume, and Securities Market Regulation” in Research in Economic History (1998).

In the 1980s and 1990s Field’s economic history research trended increasingly towards twentieth century topics and those with a more explicitly macroeconomic flavor, beginning with work on the interwar period and the causes and consequences of the Great Depression.  This migration is reflected in "Asset Exchanges and the Transactions Demand for Money, 1919-1929," American Economic Review (1984), "A New Interpretation of the Onset of the Great Depression," Journal of Economic History (1984), and “Uncontrolled Land Development and the Duration of the Depression in the United States," Journal of Economic History (1992).

As his interest in the macroeconomics of the supply side grew, his work increasingly blended historical growth accounting with narrative history, as evident in his seminal and most cited article, “The Most Technologically Progressive Decade of the Twentieth Century,” American Economic Review (2003). Other articles reflecting this approach include “Technological Change and U.S. Economic Growth in the Interwar Years,” Journal of Economic History (March 2006), “Technical Change and U.S. Economic Growth: The Interwar Period and the 1990s” in The Global Economy in the 1990s: A Long Run Perspective (2006), “The Origins of U.S. Total Factor Productivity Growth in the Golden Age,” Cliometrica (2007), “The Impact of the Second World War on U.S. Productivity Growth” Economic History Review (2008), “U.S. Economic Growth in the Gilded Age,” Journal of Macroeconomics (2009), and “The Procyclical Behavior of Total Factor Productivity in the United States, 1890-2004,” Journal of Economic History (2010). His book, A Great Leap Forward: 1930s Depression and US Economic Growth, published by Yale University Press in 2011, consolidated this and other work, and was selected as a 2011 Choice Outstanding Academic Title in the Economics category. In 2012 it received the Alice Hanson Jones Biennial Book Award as well as the 2012 Alpha Sigma Nu National Book Award in Social Sciences.

Field has long been struck by economists’ tendency to treat machinery as the canonical capital good, whereas in value terms it is overshadowed by structures, including housing. Pre-financial crisis papers reflecting this concern include “On the Unimportance of Machinery,” Explorations in Economic History (1985) and “The Equipment Hypothesis and U.S. Economic Growth,” Explorations in Economic History (2007). The 2007-10 crisis and resulting recession stimulated two papers offering a historically informed perspective on the role of housing in those events: “The Interwar Housing Cycle in the Light of 2001-2011:  A Comparative Historical Approach” in Housing and Mortgage Markets in Historical Perspective (2014) and "The Savings and Loan Insolvencies and the Cost of Financial Crisis, Research in Economic History (2017).

Much of Field’s effort since 2017 has been devoted to researching and writing The Economic Consequences of U.S. Mobilization for the Second World War, published by Yale University Press in October 2022. This book builds on the earlier analysis of productivity growth across the long Depression decade (1929-41), but is an entirely new work, and one with an equally counterintuitive message, given common understanding of the economic effect of the war in the U.S., which has focused on the alleged long run benefits of learning-by-doing in producing war goods.  The analysis and narrative in the book instead emphasize the negative effects of the sudden, radical, and ultimately temporary changes in the product mix, as well as other supply-side disruptions.

The book shows that between 1941 and 1945 manufacturing productivity in the U.S. actually declined, depressed by changes in the output mix and resource shocks from enemy action, including curtailed access to natural rubber (due to the Japanese conquest of Singapore) and, on the Eastern Seaboard, petroleum (due to German U-boat warfare). The war forced a shift away from producing goods in which the United State had a great deal of experience toward those in which it had little. Learning by doing was only a partial counterbalance to the intermittent idleness and input hoarding that characterized a shortage economy and dragged down productivity. The conflict distorted human and physical capital accumulation and once it ended, America stopped producing most of the new goods. U.S. world economic dominance in 1948, Field shows, was due less to the experience of making war goods and more to the country’s productive potential in 1941.

Field delivered the Abramovitz lecture at Stanford University in December 2021, offering an overview of this new body of work. A recent working paper, “The Decline of U.S. Manufacturing Productivity between 1941 and 1948” expands on some of the key themes in the book.

Prior to coming to Santa Clara, Professor Field taught at Stanford University. At Santa Clara he has served as acting Academic Vice President (1986-87), on the University's Board of Trustees (1988-91), as Associate and Acting Dean of the Leavey School of Business between 1993 and 1997, and as chair of the Economics Department between 1988 and 1993, and again in 2013-14.