Dr. Christopher Kitts is a Professor at Santa Clara University where he serves as the Director of the Robotic Systems Laboratory and as the Associate Dean of Research and Faculty Development for the School of Engineering. He is also the Director of the Center for Robotic Exploration and Space Technologies, a multi-institution consortium of academic institutions focusing on aerospace research and education and which is located at the NASA Ames Research Park. In addition, he holds an Associate Researcher appointment at the Monterey Bay Aquarium Research Institute, in conjunction with whom he and his students develop several advanced marine robotic systems. Dr. Kitts is also the Mission Operations Director for a series of NASA small spacecraft, which are controlled on-orbit by students in the Robotic Systems Laboratory.

At Santa Clara, Prof. Kitts runs an aggressive field robotics program specializing in the design, control and teleoperation of highly capable robotic system for scientific discovery, technology validation, and engineering education. These systems include underwater vehicles, clusters of land rovers, autonomous aircraft, and microspacecraft. These systems provide unique experimental opportunities for demonstrating research innovations in multi-robot systems, model-based anomaly management, and other research topics within the Lab. This program has been funded at a level of millions of dollars over the past five years and includes sponsors such as NSF, NASA, NOAA, the US Geological Survey, the US Air Force, the US Navy, BMW, Lockheed-Martin, Nike, and Intel. Highlights of the program include robotic-based scientific discoveries, such as evidence of tsunami waves in Lake Tahoe, and unique engineering accomplishments, such as controlling a series of NASA spacecraft for advanced space biological research. Students also are using the Lab’s robots to learn how to provide cost-effective engineering services, such as monitoring the health of local wineries, inspecting solar panel installations, and performing environmental surveys.

Prof. Kitts’ professional experience includes work ranging from a research engineer to an operational satellite constellation mission controller, and he has held appointments as an officer in the U.S. Air Force Space Command, as a NASA contractor with Caelum Research Corporation, as a DoD Research Fellow at the U.S. Phillips Laboratory, as a founder and the Graduate Student Director of Stanford University’s Space Systems Development Laboratory, and as a technical consultant. He holds degrees from Princeton University, the University of Colorado, and Stanford University. He is a Fellow of the American Society of Mechanical Engineers, an Associate Fellow of the American Institute of Aeronautics and Astronautics, and a Senior Member of the Institute of Electrical and Electronics Engineers. 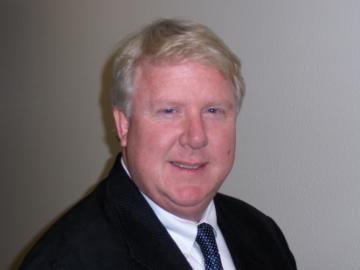