Amory Lovins  has been an energy advisor for over 40 years and has advised firms and governments in over 65 countries. He has been commended for all of his efforts and advancements in the energy field and has received 12 honorary doctorates, international recognition and merits, and was named one of the world’s 100 most influential people by Time magazine [2]. The advancements in his field as a policy advisor and innovator has saved industries operating costs, implemented various policy changes, and inspired others to protect the environment.

In the late sixties, Lovins began developing his passion for the environment. In 1964 he attended Harvard University and then transferred to Oxford University in 1967. He studied physics prior to withdrawing from Oxford since he was unable to pursue a doctorate in energy at the time. Upon his withdrawal from Oxford, Lovins became an environmental and energy activist inspired by his experiences in nature. In northwest Wales there is a park known as the Snowdonia National Park which Lovins frequently visited to mountain climb, practice photography, and write. With a colleague, Lovins produced an article which they attempted to sell to National Geographic to subsidize some of their film costs. They were instead directed to the Friends of the Earth, and received an opportunity to write a book. As Lovins began exploring his talents in writing, he began to lose interest in his involvements at Oxford [3]. “Gradually, I began reading about the wider problems in the world. And I started to realize that it wouldn’t make a heck of a lot of difference to anybody whether or not I solved the problems I was working on in the laboratory” Lovins said in 1970 [3]. Eventually, he proceeded to work as the British representative for Friends of the Earth where he developed skills in writing, lobbying, speaking, and analyzing. He expanded his academic background to resource and energy policy while writing various articles and books. 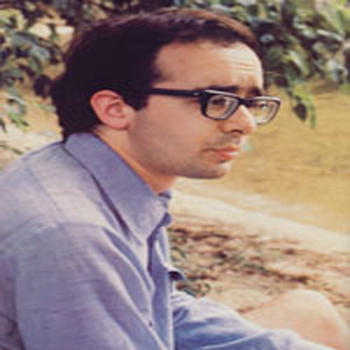 In 1976, Lovins developed a landmark article known as "Energy Strategy: The Road Not Taken?" In the article, Lovins illustrated that the United States had essentially come to a crossroads with energy, with options to follow either a hard energy or soft energy path. The hard energy path included non-renewable energy sources and the centralized grid energy system, that is currently in effect. The alternative, soft energy path, included an increase in energy efficiency and renewable energy sources such as wind, solar, geothermal, biofuels, and more. In addition, he argued that pursuing soft energy paths would lead to an increase in global social benefit. The benefit arises from establishing more efficient and reliable energy systems which are safer and can additionally produce greater profits for businesses, small and large. Yet, there were several roadblocks to pursuing the soft energy path.

Amory Lovins recognized that there were various institutional barriers which limit the acceptance of soft technologies. Throughout his career, he has met with multiple governmental agencies to bring about changes in these policies to promote soft technologies. Lovins does not only believe in developing soft technologies but in using the energy accordingly and adequately. In an interview in 1970, Lovins summarized his views on responsible energy usage:

“If you ask me, it'd be little short of disastrous for us to discover a source of clean, cheap, abundant energy because of what we would do with it. We ought to be looking for energy sources that are adequate for our needs, but that won't give us the excesses of concentrated energy with which we could do mischief to the earth or to each other” [3].

The goal of the soft energy path is to perform whichever task is required with as few resources as possible. The Rocky Mountain Institute (RMI) in the Colorado Rockies was founded in 1982 by Amory Lovins and his wife at the time, Hunter Lovins, to further expand sustainable ideas and policies. RMI is essentially a collective “think-tank” responsible for the development of sustainable energy solutions and the organization works with corporations to reduce the amount of waste they produce, to limit the amount of energy they require, to decrease their initial up-front spending, and increase their long term profits. RMI has developed new technology and policy in the field, in conjunction with various business models and strategies. The vision of RMI is “a world thriving, verdant, and secure, for all, for ever” with a mission to “drive the efficient and restorative use of resources” [2] The organization has collaborated with businesses, communities, and institutions to promote the conversion to maximum energy efficiency and renewable energy.

Lovins has been known to conduct research and create innovations leading to applicable energy efficient technologies and practices. The success he maintains spurs from the fact that he has worked with companies to demonstrate how energy efficiency and cognisance can be done at a profit. Through this mechanism, Lovins has been able to fast track and spread his ideas worldwide. Lovins is a firm believer in maximizing the efficiency of a product at every level. An example is the collaboration between RMI and Texas Instruments in 2004. RMI gave recommendations for the new infrastructure undergoing construction which allowed for Texas Instruments to save $150 million in costs and the facility utilized less energy, less water, and emitted fewer toxic gases. As Lovins sees it, there are four primary sectors that utilize energy: transportation, buildings, industry, and electricity. Through design and innovation in these four sectors Lovins has implemented and continues to develop solutions which not only benefit the environment but also produce a profit for companies. In 2012 during a Ted Talk, with regard to meeting our future energy demands Lovins stated:

“We can eliminate our addiction to oil and coal by 2050 and use one-third less natural gas while switching to efficient use and renewable supply. This could cost, by 2050, five trillion dollars less in net present value” [4].

Lovins emphasizes the need to reinvent the method by which we think of energy and its use. While the advancement of soft technologies is important, it is vital to recognize that a new and upcoming technology will not be the saving grace of the energy crisis. One of his primary concerns is to maximize the efficiency of the energy we already have while improving and limiting its use.  A collective, conscious movement must be made to implement efficient energy policies and consumption methods. In this sense, RMI has been successful since it has worked with governments and industries to educate the proper use of energy.  In order to fully reinvigorate the world we live in today, a human effort has to be implemented now. This mindset is one which Amory Lovins has advocated for since the 1970s and has led him to be one of the most successful in his field. Energy efficiency and sustainability is a development which every entity benefits from: corporations, people, and the earth.