When the Apple Falls Far From the Tree

“They were totally outside of my radar except to maybe lump environmentalists in with hippies and liberals and all the other people who were probably going to hell.” - Anna Jane Joyner [3]

Anna Jane Joyner did not speak to her father for six months. Rick Joyner, founder of MorningStar Ministries (one of the most socially conservative churches in North Carolina), was not—and still is not—convinced that climate change is true. Even though he remains open minded towards scientific claims, Rick argues that climate change is nothing more than a myth created by communists [4]. This theory, that climate-change evidence is merely a liberal political agenda masked by exaggerated statistics, is a sentiment also shared by the current president of the United States. Naturally, it seems unlikely that his own daughter would list Bernie Sander’s “Our Revolution” on her Christmas reading list (according to her Instagram). But Anna Jane Joyner has proven to be all but likely.

Joyner looks back on her childhood as a “colorful, confusing swirl of worship conferences, youth group meetings, revival-style gatherings, mission trips, and church services” [5]. Understandably, it was not the conservative Evangelical upbringing that sparked her concern for climate change, but rather her education at the University of North Carolina at Chapel Hill. During a semester abroad in New Zealand, Joyner met individuals whom she described as “culturally and spiritually interesting people” who introduced the idea of “having a spiritual life, but not through a Christian lens” [6]. Upon her return to North Carolina, Joyner declared a major in communication-rhetoric and a minor in environmental studies, which sparked tremendous conflict within her own family. Rick refused to invest “in having [his] daughter’s mind corrupted” and, in protest, chose to cut off her tuition [3]. Meanwhile, Anna Jane was less phased by this discomfort and more disturbed by the apparent dangers posed by climate change. Joyner points out that despite being unable to prove a 100% correlation between the use of cigarettes and the development of lung cancer, we know enough to not hand a child a pack of cigarettes. Similarly, we cannot overlook climate change just because of a few inconsequential questions that remain unanswered [9b].

Joyner describing the environmentalist christian leaders she met during her thesis research … “The folks I was talking to were using their faith to create a better world. It was faith in action” [6].

Joyner eventually graduated in 2007, after writing her thesis on biblical scriptures that address the moral reasons to care for the environment [3, 7]. The environmentalist Christian leaders that she met during her research exhibited “faith in action,” which inspired her post-graduate transition to a variety of positions relating to campaign coordination for environmental organizations. Joyner is currently the Western North Carolina Alliance campaign coordinator and works with the Asheville Beyond Coal coalition, a national organization to stop the use of CO2 emitting fossil fuels [7]. In addition, she is the co-founder of The Creation Care Alliance of Western North Carolina, “a network of people of faith and congregations who have united around a moral and spiritual call to preserve the integrity, beauty and health of God’s creation” [8].

Joyner is not struggling to attract attention. Few environmentalists grace the pages of Rolling Stone and Glamour while making a mark in academia. Described by Rolling Stone as a “politically progressive Episcopalian who believes that preventing the wholesale meltdown of the planet lies at the core of Christianity,” Joyner’s goal is to illuminate how the realms of faith and environmentalism are not mutually exclusive, but rather interdependent [10]. Put simply, she describes her work as “getting people together to talk” [10]. Joyner adamantly believes that hesitation towards accepting the facts is not due to a lack of intelligence but rather a lack of understanding. Therefore, “we need to make [the discussion] about the people and places we love,” rather than arbitrary graphs and statistics [10]. 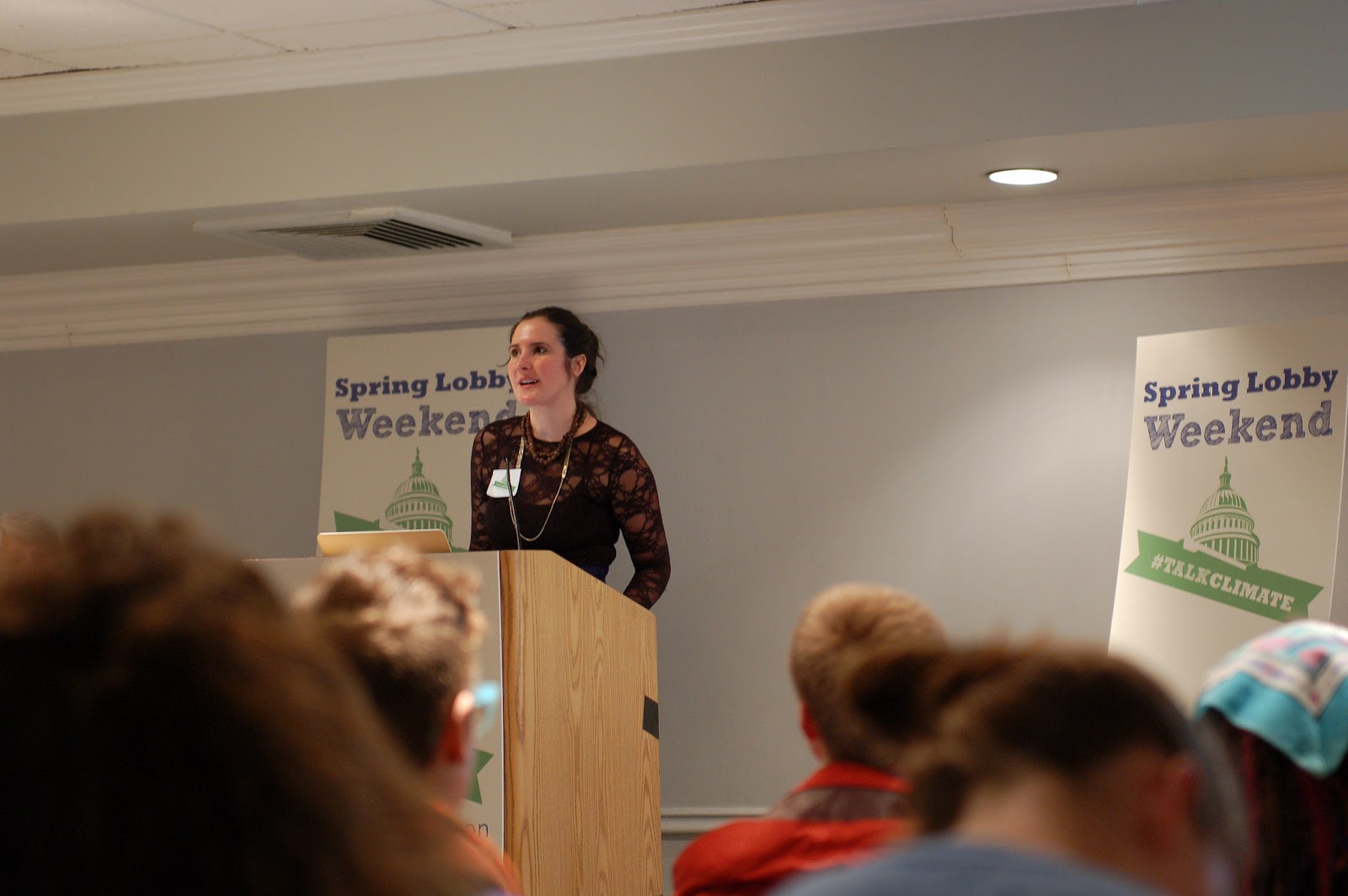 “We have to bring humans back into the conversation, stress that environmental stewardship includes communities, and poor communities where people can’t just pick up and move when there’s pollution in their backyard.” [10]

One way to foster more productive and less abrasive conversations is to have “effective messengers” in faith communities, which Joyner believes the environmental movement has done a poor job of cultivating thus far [10]. Numbers and statistics can have a shock factor, but Joyner’s goal is to utilize the power of individual faith and morality in order to translate beliefs into actions. For her, caring for God’s creation is a core value of Christianity, which she interprets as acting with an environmentally conscious lens. This concept of environmental stewardship presupposes the human ability to alter the physical earth, which is one of the main points of disagreement for many Evangelicals. As a result, successful communication requires the willingness to translate scientific information given an individual’s unique ideological framework.

In 2014, National Geographic documented Anna Jane’s efforts to educate her climate-denying father through a feature on the series “Living Dangerously” [9]. In each episode, a well-known public figure or celebrity acts as a consultant to explore a particular story relating to climate change. Titled “Preacher’s Daughter,” the episode follows Joyner as she takes her father to meet a number of major players in the climate discussion including scientists and even former climate change deniers. The ultimate goal is to get her father, who oversees nearly 100 churches and partners in dozens of countries (and has nearly 20 thousand Twitter followers), to help.

Joyner tested the power of Christian fellowship (one Christian talking to another) by arranging a conversation between her father and Bob Inglis, a former republican Congressman from South Carolina [9]. While Engels used to be a devout climate change denier, he is now committed to teaching about human-caused global warming. Engels addressed the misconception that it is “arrogant of humankind to say that we can affect the longevity of the Earth.” Instead, he firmly believes that God wanted us to discover the way he created, which does not entail invading the province of God. And yet, because of the seemingly inadequate scientific evidence, Rick Joyner remained unconvinced.

Rick Joyner, discussing the battle between acknowledging his daughter while also staying loyal to his faith ... “I would like to believe … I am still doing this for her sake. But I still have to have a devotion to truth or else I'm not doing anything for [Anna’s] sake” [9].

Luckily, Anna Jane works under the assumption that progress does not require 100% of the population’s approval. She argues that there will always be the 10% of “gung-ho activists who will tie themselves to a tree,” as well as the 10% who will always be on the opposing side. Therefore, her goal—and the goal for climate activism in general—is to capture the intelligent and empathetic 80% that currently remains unengaged with the issue. This population, with a handful of influential conservative leaders, could result in monumental changes. Joyner believes that if you consider yourself a devout Christian, then you have to acknowledge that environmental stewardship is a core component of your faith [10].

“Gay marriage was recently legalized in North Carolina. I never thought I'd see that in my life. You fight and fight and fight, then you win. You don't know what pushes that button, and when it's going to come. I hope it happens in time with climate, because we're up against the clock.” [10]