Gabriella Carne was a 2016-2017 Environmental Ethics Fellow at the Markkula Center for Applied Ethics.

“If you’re the only person left, as long as your hope is committed in action, then hope is alive in the world.” -Hill

It took one day for Julia Butterfly Hill’s life to completely change course. Julia was 22 years old when she got rear-ended by a Ford Bronco that crippled her car and left her brain damaged. The following year of her life was defined by an incessant struggle to regain proper brain functioning and refocus her life on what truly mattered. For Julia, this meant delving into her spiritual life and searching for spiritual alignment. Being the daughter of a preacher she had been surrounded by spirituality and religion the entirety of her life. The only difference now was that she wanted to mean it. She wanted to know what her life was meant for. She needed to know what mattered to her, and why.

To Julia what truly mattered turned out to be a patch of redwood trees in the town of Stafford in Northern California. After her accident, Julia had decided to travel. She had no preference where or for how long, she just knew she needed to go. It was no surprise to her family friends then, who offered a spot for her on their road trip from Missouri to California, when she jumped at the opportunity. It wasn’t some far off exotic place, but it was a start.

It was hiking and running in those misty redwood groves of northern California with her family friends that pulled Julia in. From the first moment she gazed upon the mystery and beauty of large redwood forests in Humboldt county she knew she had to return, and she did. Almost a year later Julia returned to those redwoods that had left her with a sense of duty and guardianship. In her pursuit of spiritual satisfaction Julia found Luna, a lone redwood tree at risk of being cut down for the sake of corporate profit and progress.

“When I entered the majestic cathedral of the redwood forest for the first time, my spirit knew it had found what it was searching for. I dropped to my knees and began to cry because I was so overwhelmed by the wisdom, energy and spirituality housed in this holiest of temples"-Hill 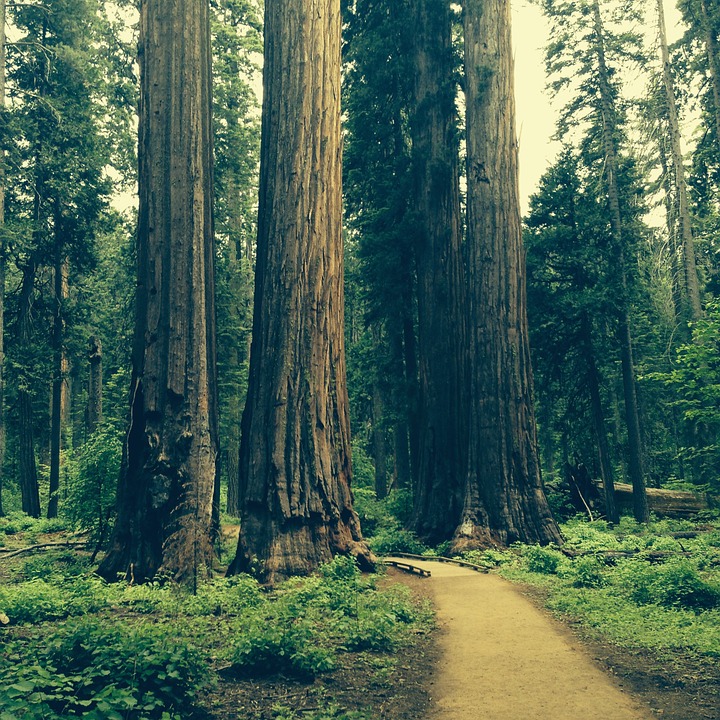 Luna, a 200 foot tall ancient redwood tree estimated to be nearly 1,000 years old, was one of many redwoods situated on a precarious hillside in Humboldt County that was at risk of being cut by the Pacific Lumber Company. The root systems of these redwoods on this hillside provided protection for the people below from dangerous landslides that plagued the area. These natural disasters had claimed the homes and lives of people in this area in the past and local grassroot movements were worried that the removal of these trees would result in another disaster in the near future. In a broader sense Luna stood as a symbol for the local resistance demanding more respect and environmentally conscious actions from lumber companies.

The first time Julia set eyes on Luna was in November of 1997. The leader of the organization heading the campaign to protect Luna from the Pacific Lumber Company had found Julia at the last minute looking for anyway to help these beautiful trees. He needed tree-sitters for historic Luna and Julia offered. Little did she know that would be the last day her feet would touch solid ground for over two years. Julia climbed to the the tiny platform hugging the huge tree in front of her and proceeded to embark on a journey that would see her through vicious storms, aggressive political pressure, and spiritual growth.

Instead of officially associating herself with the organization leading the charge to protect Luna, Julia decided to claim civil disobedience. Her actions were for the redwoods and the redwoods only. Things changed rapidly though, as hours turned to days which turned to weeks, Julia began to realize that climbing that huge tree was a much bigger deal than she had originally intended it to be. Soon she garnered official support from EarthFirst! and other organizations that would see her through the upcoming challenges.

Various storms and terrorizing weather hit Julia and Luna during those two years. They weathered strong winds reaching 40 mph, rains and snow and a California El Nino season. With only a sleeping bag and a camp stove to keep warm, her spirits were tested as she tried not to freeze most nights.The forecast wasn’t the only thing Julia had to worry about though. Many attempts by law enforcement and Pacific Lumber to remove her from the tree were made which included helicopter pressure, verbal threats and a week long attempt to freeze her supply of food. She never lost support,  however, as organizations and individuals were fighting for her on the ground and sending words of encouragement.

Hill awoke the morning of December 18th 1999 to the best news she had heard in over two years. Pacific Lumber was going to halt their logging operations within a certain area surrounding Luna. Various organizations and individuals raised nearly $50,000 that ended up being donated to Humboldt State University to help fund their sustainable forestry department (3). Julia had done it. Of course she couldn’t have accomplished this venture on her own, and success was not hers to claim, but she had helped save something that she loved and she had acted in hope for the future, and that was an accomplishment she could claim.

Luna still stands today, with the help of a cable system that was created after an unknown party entered the protected buffer zone implemented by Pacific Lumber and cut the trunk of Luna. The gash has affected the tree’s health but with the help of Sanctuary Forest(4), a nonprofit in charge of caring for Luna, the tree continues to improve every year. Julia has written a bestselling novel, Legacy of Luna, and has created an environmental handbook called One Makes a Difference. She now gives talks and inspires those with passion to act on it and to keep hope alive even in the hardest of times.