Zachary Gianotti was a 2016-2017 Environmental Ethics Fellow at the Markkula Center for Applied Ethics.

Trust your dog. Majora Carter was running with her’s one day in her neighborhood of the South Bronx when it pulled her into a weedy vacant lot. The lot, strewn with trash and an illegal dumping site, was a waterfront property to the Bronx River. Carter saw its community building potential, and immediately started working on creating a new park. [1]

Majora Carter was born in 1966 in the South Bronx [2]. She grew up in a troubled time for the Bronx [2]. The Bronx was originally a northern borough of New York City with mostly working class white families, but during the mid 20th century when black families were moving into the area ‘white flight’ occurred [1]. What resulted was a loss of investment in the neighborhoods from big banks, and landlords torching building to collect insurance money [1]. The leveling of buildings to make a highway connecting NYC to surrounding rich suburban areas only added to the plights of the Bronx [1]. The degradation of the Bronx physically and financially resulted in environmental and social degradation as well [1]. Policies put in place from the New York City elite resulted in having a higher density of highly polluting facilities in the Bronx [3]. Unfortunately, race and class seem to correlate to locations of environmentally harmful facilities, like waste treatment plants [3]. Carter being raised in this scene of neglect for her community knew she had to change the standard.

Majora Carter has worked to integrate sustainable programs into the Bronx because she has witnessed the effects of generations of neglect to the NYC borough. After receiving her Masters of Arts from NYU in 1997 she returned to her family’s home with the intention to revitalize the community [2]. Her first step on this path was working at The POINT Community Development Corporation. As the associate director she spearheaded the Hunts Point Riverside Park, securing grant money and working with community members and the parks department to secure more than $1.25 million from a Federal Transportation grant [5]. When the park opened in 2006 it won the Rudy Bruner award for Urban Excellence and became a crucial link of the Bronx River Greenway.

While working on securing funding for the park Carter also founded Sustainable South Bronx (SSBx), an organization that aims to improve the environmental and economic state of the South Bronx through green job training and other green programs [5]. SSBx went on, under Carter’s direction as executive director, to create the Bronx River Alliance, the Bronx Environmental Stewardship Training Program, and even collaborate with an early precursor to a makerspace, MIT’s Mobile Fab Lab, a mobile digital fabrication laboratory [6]. Bronx River Alliance works to clean up the shores of the Bronx River and promote local accountability for continued care of the river and pollution in the area. The Bronx Environmental Stewardship Training Program was one of the first urban green collar training programs in the nation. Carter founded these initiatives through SSBx to better involve the local people in the environment and issues related to living in the Bronx, an area that has historically felt the burden of pollution from the tri-state area. During her time at SSBx, Carter also cofounded the Washington D.C. based nonprofit Green for All, an organization whose mission is to promote a green economy to raise citizens out of poverty [5]. 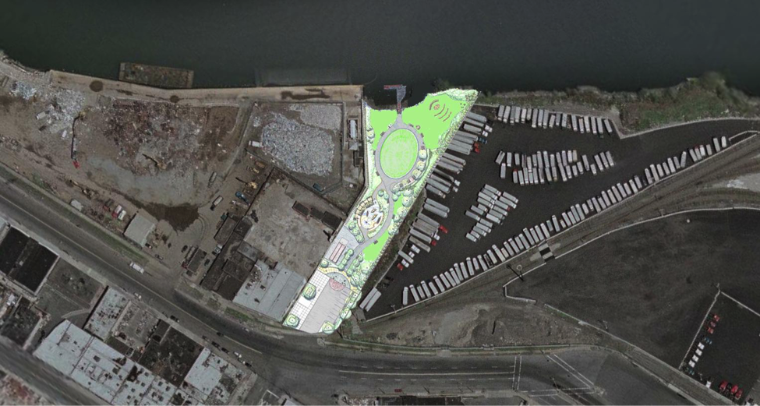 After her time at SSBx, Majora Carter co produced the Peabody Award winning radio program The Promised Land that ran from 2008-2011. In 2008, Carter also co-authored a paper on Urban Heat Island Mitigation [7]. The Urban Heat Island effect is when urban areas lacking vegetation retain more heat and create pockets, or islands, of super heated areas. Carter later formed the Majora Carter Group LLC (MCG), a consulting firm aimed at issues of technology, environment, and business, especially where they intersect. MCG has been ranked one of the best certified B Corporations in the world. B Corps are for-profit companies who meet high social and environmental standards and are approved by the nonprofit B Lab.

Majora Carter started off her work in her neighborhood and is now a leader in the world of sustainable business. All of her achievements have been built on a foundation of her park initiative and her desire to better her community. There is often a misconception that to fight for the environment you need a national park or some plot of pristine nature to protect. Carter has shown that we should fight for and reclaim our own communities. Majora Carter is a modern sustainability icon for her work taking back the rights to her community’s land, and fighting environmental and socially unjust situations to do so. 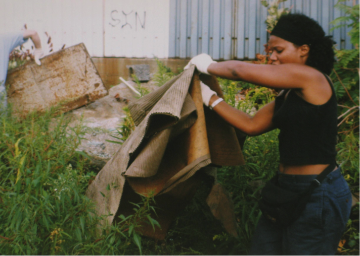 [3] Pasquel, Danielle “Health Disparities and Environmental Justice in the Bronx” The Einstein Journal of Biology and Medicine (EJBM): https://theejbm.wordpress.com/2015/03/23/health-disparities-and-environmental-justice-in-the-bronx/