Gabriella Carne is a 2016-2017 Environmental Ethics Fellow at the Markkula Center for Applied Ethics.

“I never had the chance to go the school, I never had to chance to learn even a letter but I know how to resist, to fight and that’s why I will never be defeated by the mining companies”-Acuña

Born 1970 in northern Peru, Maxima Acuña has become an impenetrable barrier protecting the natural lands that she calls home. She grew up exploring the natural landscape and learning how to utilize its resources to transform the fabrics she and her mother hand crafted into vibrant pieces of art(2). They would gather local plant species to dye the fabrics her family weaved to make a living. She found value in the waterways and mountains as they provided for her and protected her. Her story of strife and bravery began in 2010 when Maxima bought land and built a home in Tragadero Grande in the district of Sorochuco, an isolated town in the mountains of Peru in South America. That same year land was purchased by Newmont Mining Corporation 10 miles away. The presence of this seemingly powerful mining corporation would prove to be a crowning battle for life and land for Maxima in the following years. 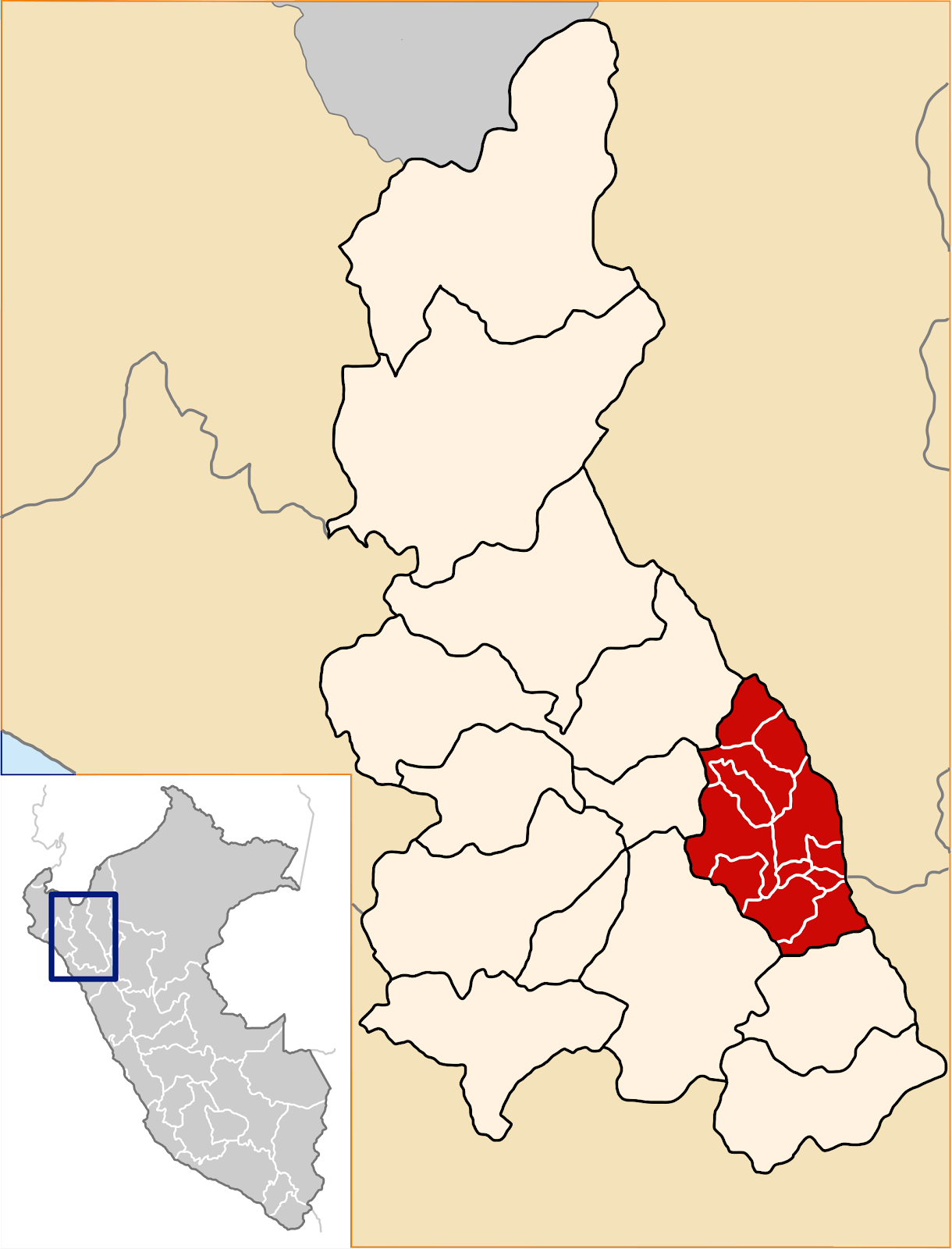 Sorochuco District in the Celendin Province of Cajamarca region, Peru(3)

Colorado based Newmont Mining Corporation, currently the second largest gold producing company in the world, is the primary agency maintaining the Yanacocha gold mine which is currently the largest of its kind in South America(4).  This mining operation was proposed to extend to the Cajamarca region of Northern Peru in creation of the Conga Mine which would produce approximately 680,000 ounces of gold and 235 million pounds of copper annually. The presence of the Conga Mine posed a direct threat to the mountainous terrain and irreplaceable water resources Maxima had grown to appreciate and love. One of these natural features was a piercing blue lake known as Laguna Azul. Maxima found spiritual meaning in these blue waters as they have been an integral part of her life for the past 20 years. She sings(5) “my life is protected, by blue lagoon...my mountains and lagoons protect me day and night,” as she acknowledges the significance this water plays not only in her life but in the lives of community members downstream. It is for these reasons that Maxima chose to stay on her land and oppose the construction of the Conga Mine. 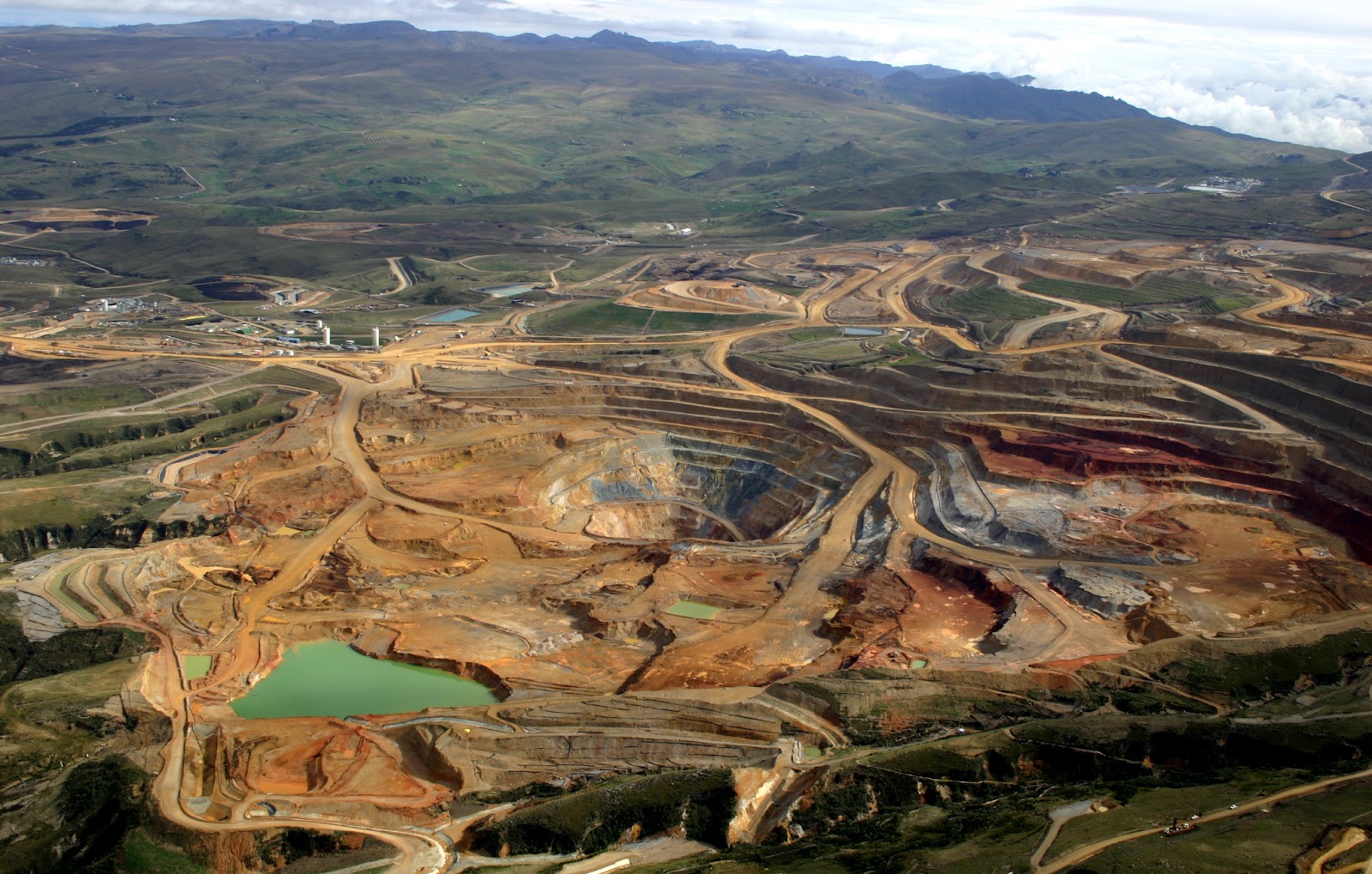 “The miners are taking the gold from Cajamarca but that gold is bathed in blood, so many tears have been shed by poor people here, people have been killed for defending the water and the land”-Acuña

In 2011 the Newmont Mining Co started pressuring Maxima and her family to relinquish their land rights and evacuate the area(7). When she refused, the mining corporation claimed Maxima and her family were not legitimate land owners and were in fact squatting on land that was not theirs. These accusations manifested into violent attempts to physically remove Maxima and her family from the land. One day the mining corporation with private enforcement officers invaded her home and assaulted her family including her children. The officers threatened them and told them not to call for help or run. They beat the family with batons and the butts of their rifles. They destroyed her home, crops, and other possessions.

The tribulations didn’t stop there. The mining company proceeded to attempt to legally remove Maxima from her own land later that year. Newmont sued Maxima and her family in court for illegal squatting, the family was fined, and Maxima was sentenced to three years in prison(8). Dismayed by this ruling Maxima gathered as much help as she could from her community and appealed the court's ruling. It took until December of 2014 for the ruling to be overturned and for her land to be legally acknowledged as legitimate in court. However relieving this was to Maxima, this was not the end of her battle with the mining company. Newmont continues to challenge Maxima’s legal ownership of her land in court. Even though Newmont decided to halt expansion of the Conga Mine due to local opposition in April 2016, her continued presence on her land that harbors valuable materials mining companies seek solidifies her seemingly endless fight to protect the land she values so much.

To this day Maxima still fears for herself and her family. Her land has been invaded and her home destroyed since the expansion was brought to a standstill. Another attack took place in September 2016 when her home was invaded, various possessions were destroyed, and her and her family once again were violently attacked. The invasion was recorded on video(9) showing Maxima’s crops being destroyed by men in black uniforms with helmets and protective shields holding batons. Maxima and her family attempt to stop the group but are met with violence. The last words heard in the video are “she has fainted!” Local law enforcement was notified and assessed the scene, but ultimately both Maxima and her husband were left needing emergency medical care due to injuries resulting from the attack. Maxima and her family have since recovered. She has  not stopped fighting for her right to clean water and a healthy land to live on.

Maxima continues to peacefully protest the expansion of gold and copper mining near her land. Maxima holds rallies, gathers support for fellow community members and speaks openly about her struggles with the Newmont Mining Corporation. Her unceasing courage has won her wide acknowledgement and the Goldman Environmental Prize in 2016. Increasing support for Maxima and her family has come by way of letters(10) and petitions(11) applying pressure to the Peruvian Supreme Court to protect Maxima from large mining corporations aggressive attempts to remove her from her land and rob local communities of their safe drinking water.  Maxima’s story is important because it sheds light on the imbalance in power between large mining companies and small landowners all over the world. It serves as inspiration and hope for those in similar situations facing fear and uncertainty at the hands of corporate greed.