Gabriella Carne was a 2016-2017 Environmental Ethics Fellow at the Markkula Center for Applied Ethics.

“With all the attacks on our environment, we need to extend ourselves to include everyone, not just the familiar faces. It only makes sense to add faces that are currently under represented, those faces are of color.” - Teresa Baker

A major problem plaguing the environmental movement is its lack of diversity. The Center for Diversity and the Environment states that “in order to become an influential and sustainable movement for generations to come, it needs to successfully address its diversity crisis.” The CDE believes that the best way to protect our natural resources is through the inclusion of all voices in environmental stewardship. This is accomplished through universal care and enjoyment of our shared planet. A report done by The Outdoor Foundation found that in 2016, across all ages, African Americans had a significantly low participation rate in outdoor activities. This low percentage of African American engagement with the outdoors is what prompted Teresa Baker to initiate the first African American National Parks Event and to become involved with numerous organizations to help diversify the conversation on environmental preservation.

Teresa has been interested in the outdoors ever since she was a child growing up in Richmond, California. Being the only girl among her eight brothers she was constantly fighting to not be “outdone,” a desire which led her outdoors playing sports, hiking and camping with them. Teresa attended an after school program that allowed her to visit local parks and ranches, opening her eyes to the depth of the connection she could have with nature. It wasn’t until she was thirteen that she got to see her first National Park, Yosemite, with her local girls club wherein her affection for the environment only grew. The vast area nestled in the Sierra Nevada Mountain range full of giant sequoia tree groves, sharp waterfalls, and dramatic granite walls conjured a sense of simplicity and transcendence of the ordinary way of things which still influences the work she does today. 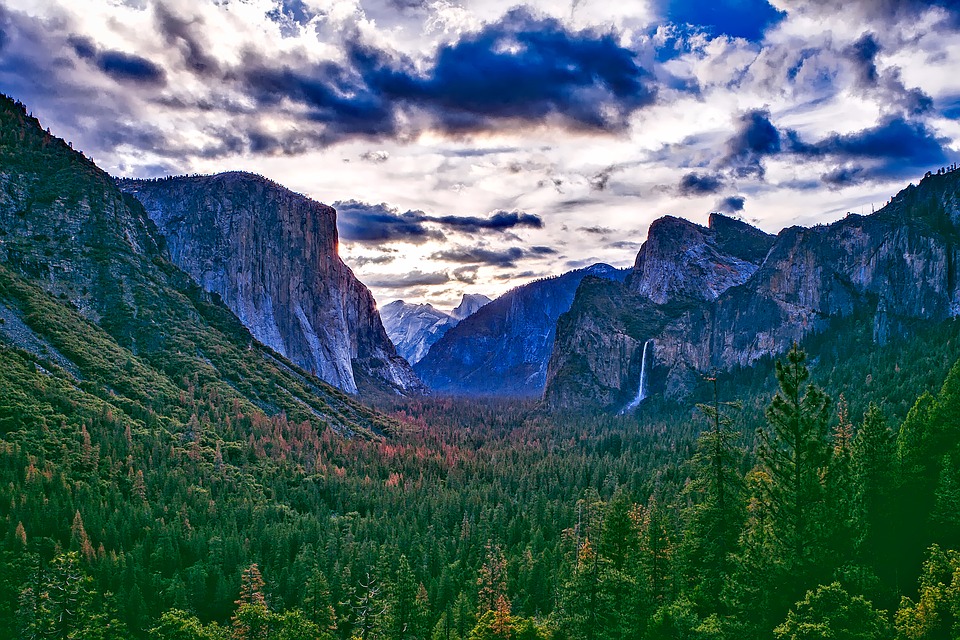 It was in this remarkable landscape years later when Teresa decided to act against this lack of diversity when she didn’t see a single face in Yosemite National Park that looked like hers during the entirety of her trip. Because of that, she felt out of place and even strange in that outdoor environment. One aspect of being outside and subsequently being a part of the environmental conversation is feeling comfortable and welcome in that foreign space, which can be done through having people you can relate with as resources and fellow explorers. She began to realize through these experiences that outdoor recreation and the environmental movement as a whole is a “white-thing” that lacks in diversity and creates an atmosphere of exclusion for minority groups. This prompted her to get more involved with the environmental movement and to work towards getting more people of diverse backgrounds involved in the movement as well.

“Things remain the same until they are changed, not through conversation, but through action.” - Teresa Baker

This motivation has guided her to do work with organizations such as OutdoorAfro and the National Park Service to diversify the conversation on protecting our natural resources. Teresa believes “[there is no] better way to involve people of color in these very important conversations than to engage them in the spaces we need their help in protecting.” One project that she spearheaded was the African American National Parks Event in 2013 where she campaigned for more participation from the African American population to get outside and go to a local National Park and be involved in guided hikes, cleanups, etc. The following year in June of 2014 the African American National Parks Event focused on the route Buffalo Soldiers took from the Presidio in San Francisco to Yosemite where they would ultimately become some of the nation's first park rangers. She hoped that this realization of the African American community’s connection to the history of National Parks would spark more interest and involvement in outdoor recreation. This event had a great turnout of African Americans who wanted to get outdoors, learn about their historical connection to the protection of our natural resources, and to be involved in the conversation on conservation.

“We need to stop forming committees, stop writing reports and do the work of change. We need to see more faces of color in authority, in our outdoor arenas. There is nothing more inviting to a person of color, into an environment uncommon to them, than to see faces they can go to for answers that look like theirs.” - Teresa Baker

Teresa’s work is a clear example of seeing or experiencing a need in the world and meeting it head on. It is easy to see in her work that she has done just that by experiencing the exclusion of the environmental movement and devoting her life work to correcting that. Her motivation is driven by the sight of this need for diversity being fulfilled and inclusion in outdoor recreation and conservation becoming a reality. Little did Teresa know that her first encounter of the grandness of Yosemite would lead her to being one of the leaders of the diversification of the conservation movement. It goes to show that the seemingly minuscule experiences in our lives, the passing moments that might not necessarily dominate our thoughts, can have enormous influence on us. Her passions, sparked by personal experiences, have become her career and it shows through the work that she has done and continues to do for the community.

These events that Teresa organizes and the messages that she sends gives people who don’t normally feel comfortable or included in outdoor activities the opportunity to get involved and have a voice. This is the most effective and just way to generate change. We need voices from all backgrounds to contribute to conservation efforts and to become environmental stewards. Teresa Baker has taken large strides in her charge to change the culture of the environmental movement in the Bay Area. Applied to global conservation, this charge could mean more holistic solutions to some of the most pressing issues of the day.