The season of Advent is considered the beginning of the liturgical year and often begins in late November or early December, on the fourth Sunday before Christmas (December 25th).  The word advent means coming, and the season is a preparation for the coming of the Jesus.  The first two Sundays of Advent have as their focal point the Second Coming of Jesus at the end of the world, whereas the third and fourth Sundays of Advent focus on the actual historical event of the Incarnation, that is the birth of Jesus into human existence as both God and man. The primary color of the Advent season is a bluish purple for the first, second and fourth Sundays of Advent, with rose or pink being the color of the Third Sunday of Advent.  Each of the Sundays of Advent has, as its purpose, the preparation for the great feast of Christmas, that is the birth of Jesus into time and in human form. 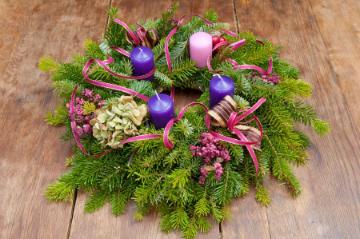 Build. Plant. Grow. provides catechetical instruction for children based on the Sunday readings of the Christian Church during the period beginning with Advent up to and including the closure of the liturgical year with the Feast of Christ the King. These readings from the Lectionary are divided into three-year cycles.

Cycle A
Cycle B
Cycle C