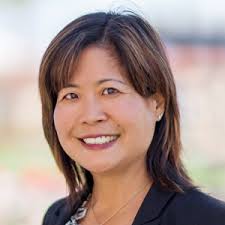 In her role as Vice Provost for Academic Affairs, Dr. Chen is responsible for overseeing the areas of Faculty Affairs, Research, Undergraduate Studies, Faculty Development, Global Engagement, Diversity and Inclusion, and Teaching Innovation, as well as assisting me in supporting the deans and enacting academic policies. The Vice Provost also oversees the Hub Writing Center and the de Saisset Museum, and serves as the Provost’s designee on the Academic Affairs Committee.

Since 2015, Professor Chen has served the University in a number of critical roles, including Interim Vice Provost for Academic Affairs, Chair of the University’s Task Force on Diversity and Inclusion, Interim Associate Vice Provost for Faculty Development, and Co-Director of the Faculty Collaborative for Teaching Innovation. Prior to her current service, Elsa served on the Academic Affairs Committee and the College of Arts and Sciences’ Rank and Tenure Committee. She also directed the Domestic Public Sector Studies Programs and contributed significantly to the Women of Color Network, the President’s Blue Ribbon Commission on Diversity and Inclusion, and the steering committee of the Ignatian Center for Jesuit Education. She is the recipient of the 2011 President’s Special Recognition Award, the 2012 Inclusive Excellence Award, and the 2015 David E. Logothetti Teaching Award in the College of Arts and Sciences.

Elsa Chen is Professor of Political Science. She has an A.B. from Princeton, a M.P.P. from Harvard and a Ph.D. from UCLA. Prior to joining the Santa Clara faculty, she worked as a policy analyst in the criminal justice program at RAND.

Dr. Chen’s scholarly work focuses on the implementation and effects of criminal sentencing policies, racial and ethnic disparities in sentencing outcomes, prisoner reentry into society, and the effects of criminal record expungement of ex-offender reintegration. She serves as co-chair of the American Society of Criminology (ASC)’s Division on People of Color and Crime and a member of the ASC Policy Committee and the Science Advisory Board of the U.S. Department of Justice – Office of Justice Programs.