Tiana Nguyen ‘21 is a Hackworth Fellow at the Markkula Center for Applied Ethics. She is majoring in Computer Science, and is the Vice President of Santa Clara University’s Association for Computing Machinery (ACM) chapter.

Since 2014, Santa Clara University has hosted a 24-hour hackathon organized by the School of Engineering’s ACM and ACM-W chapter. The goal of the hackathon is to generate projects that help the broader community. In prior years, for example, teams designed preliminary health diagnosis applications based on interactions with Amazon Alexa, job-search websites for low-income residents, and internet access-enabled drones to respond to natural disasters.

This year, the hackathon was held on February 22 and 23. As every year has brought more people (this year we had more than 150 people from 10+ schools), more prizes (this year we had one main prize and four side prizes), and more social impact than the last, it’s exciting to imagine what more next year’s hackathon could bring.

One interesting and important new aspect of Hack for Humanity this year was the Best Ethical Analysis Prize sponsored by the Markkula Center for Applied Ethics—an effort to further integrate ethics into computer science. The goal of this prize was to get teams thinking about the ethical implications of the products they’re creating. To encourage this, teams who chose to compete were required to submit a brief write-up addressing ethical issues surrounding their hackathon project. Their submission had to include written responses to four questions:

Being present for the whole 24 hours of the hackathon, I was able to see many of the teams’ projects grow, and also saw a high level of interest in the Best Ethical Analysis Prize. However, in the end, we found that not all teams who wanted to compete were able to, simply due to their lack of sleep and time associated with finishing the code for their projects. Despite this, 12 of the 27 final teams did submit an ethical analysis. After the hackathon, we even got a submission from a team that hadn’t been able to participate in the entire 24 hours of coding; although they were not eligible to compete for the prize, they decided to submit their analysis anyway, because the team found this challenge to be interesting and important.

Overall, our most important takeaway from the ethics competition was that future engineers truly do care about how the products and technologies they create affect society, and how important it is for them to acknowledge and mitigate the potential impacts of their work, both positive and negative. This ultimately demonstrates the importance and necessity of integrating ethics into computer science curricula to keep students informed and constantly applying ethical analysis to their work.

In fact, the new competition was part of a broader effort in that direction: To learn more, see “What We Are Doing with #EthicalCS at Santa Clara University.” 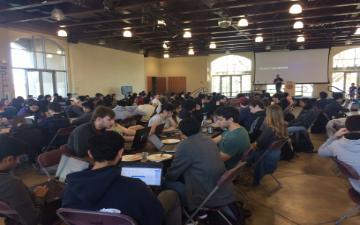 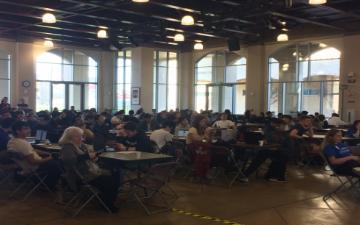