Whose land is this anyway?

What is the role of Mission Santa Clara in Ohlone History?

How should I talk about Native heritage and culture?

What are Ohlone people currently working on, and how can I get involved?

The embedded map shows the complex socio-political landscape of this area at various scales. At the broadest level, you can see the geographic extent of different language families, each of which appears in a different color. Use the + tool to zoom in further, and the map will show the approximate locations of historically documented tribal communities, as well as some intermediate level distinctions for the Ohlone languages of the San Francisco Bay area. By clicking on the arrows in the top left-hand corner of the map, you can also turn on a layer that shows the “outreach areas” of the Franciscan missions of central California. To see an expanded version of this map, click the "Interactive map" link on the Popular Resources sidebar to the right.

Santa Clara University is located specifically within an area called Thámien by local Ohlone people. Prior to colonization, these lands supported a community consisting of multiple villages and approximately 300-500 individuals. Like other independent village communities, the residents of Thámien were connected to their neighbors speaking the same language. Franciscan missionaries forced Native Californians to leave their homelands to live together at the missions. For example, Mission Santa Clara was home to Native people from dozens of distinct communities, including those speaking Ohlone, Yokuts, and Miwok languages. Laboring without pay, these Native Californians built the mission structures and provided the agricultural and industrial workforce to support Spain’s colony in California.

While many groups did intermarry at the missions, Native people maintained strong ties to their ancestral territories as well. During the mission era, California Indian lands were supposed to be held in trust by the Franciscans on behalf of Native people. However, only a handful of land grants were actually transferred to Indigenous petitioners after secularization (1834-1836). Mission Santa Clara was unusual in that four land grants were given to Ohlone men who had entered the mission system as children and requested the return of their ancestral village sites, such as Ulistac and Posolmi. Nevertheless, these grants were only a small fraction of the total acreage that the mission system controlled. In the Bay Area, nearly all other lands were granted to colonial elites during the 1830s and 1840s.

The situation deteriorated further when California entered the United States, as settlers launched an active campaign of land dispossession and genocide against Native Californians from the 1840s through the 1860s. Ohlone survivors, including those who had been associated with Mission Santa Clara, coalesced in the hills near the present-day cities of Sunol and Pleasanton, where they participated in a period of cultural revival at the Alisal rancheria.

Like many other Bay Area Ohlone groups today, the Muwekma Ohlone Tribe traces their ancestry to Alisal and, earlier, to the lands of the San Francisco Bay region through archaeological and archival records. They have used this documentation to seek the restoration of their acknowledged status as a sovereign tribe (formerly known to the government as the Verona Band), which was unilaterally undermined by a misinformed Bureau of Indian Affairs agent in 1927.

Learn more about one of the major tribal organizations who trace their ancestry to this land here: Muwekma Ohlone Tribe of the San Francisco Bay Area

As a member of the Muwekma Ohlone Tribe of the San Francisco Bay Area, a land acknowledgment means to publicly acknowledge our ancestral, historical, and cultural connection to the land and our contributions to the community, as traditional stewards of the land.  As descendants of the first people who resided on this land for thousands of years, we continue in our connection to our traditional territories

Land acknowledgment is a practice and process, not just a statement. While SCU has worked with Ohlone representatives to develop a land acknowledgment statement that helps us begin this process, we encourage members of our community to go further to identify other actions you might take to be in right relationship with the land, contemporary Native people, and other-than-human relations. Learn more about how you can acknowledge the land on which you live, work, and learn. 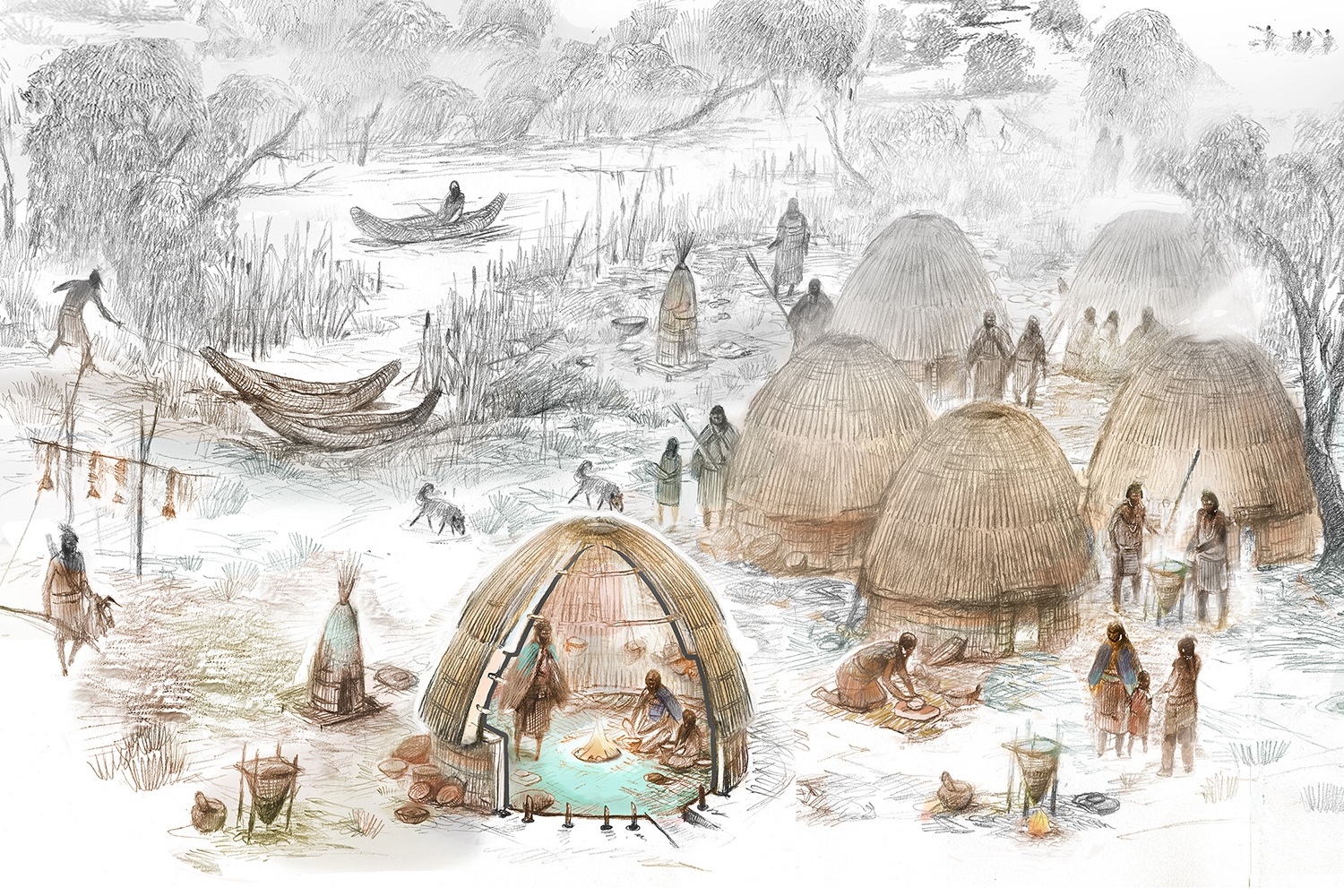 Which California tribes trace their history and ancestry to this land?

What is Santa Clara University’s particular responsibility to this history?

What are the preferred terms I should use, and what are the linguistic and cultural histories of these terms?

What are the most trusted sources of information for my field or area of interest? 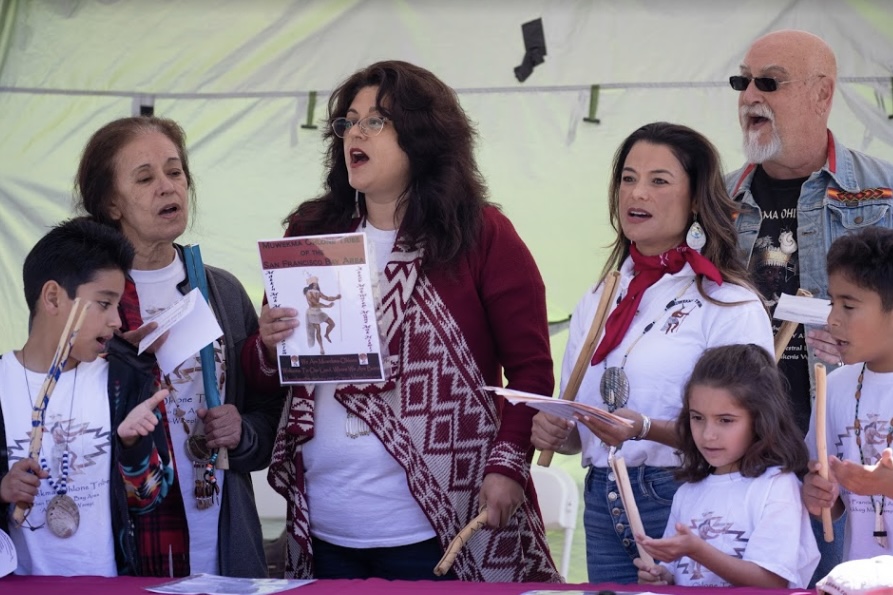 The Ohlone are here, still. You can learn about them and some of their work here. 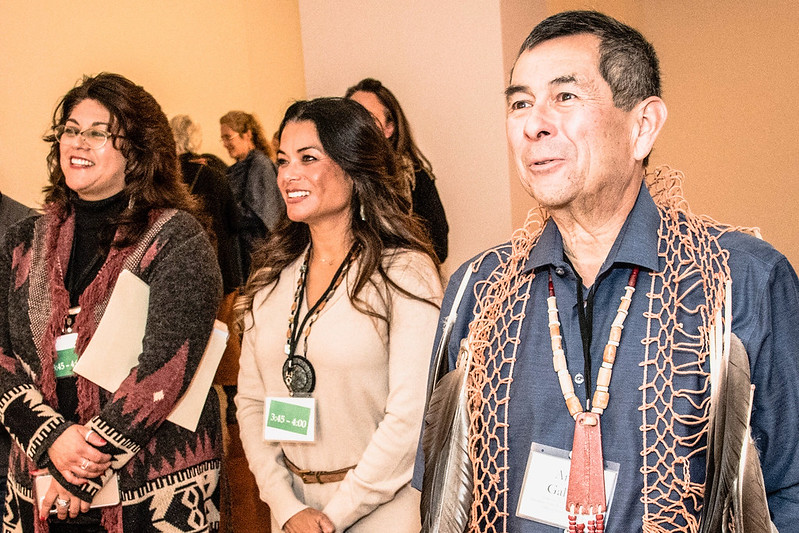 Navigate here to Says who?
Says who?

NEXT -  What Is The Role of Mission Santa Clara In Ohlone History?