Growing your business could include getting into one or more additional operating levels that occur within your industry. Vertical integration is an option to explore. In this session, you will cover the potential opportunities and risks associated with vertical integration. 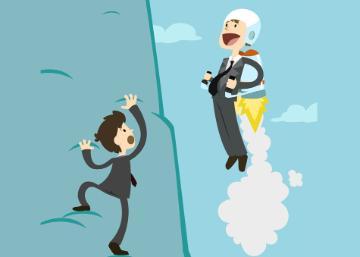 What is Vertical Integration?

Vertical integration is the degree to which a firm owns its upstream suppliers and its downstream buyers with the goal of increasing the company's power in the marketplace. There are three varieties of vertical integration:

Growing your business could include getting into one or more additional operating levels that occur within your industry. For most students of this course, limited degrees of vertical integration are opportunities to consider. We will review the advantages and risks and then provide you with a guide to evaluate whether partial vertical integration is worth considering for your own business.

Regardless of your business, you are located somewhere in this vertical chain starting with a raw material and ending up with the consumer.

Examples of partial vertical integrations you could consider

When Walmart eliminated the traditional grocery wholesaler, manufacturers began making direct deliveries to their warehouses. A key part of their success was successfully incorporating state-of-the-art communications and computer tools in the distribution process.

Internet-based online stores now enable manufacturers to sell direct to customers anywhere, anytime, creating an entirely new center of earnings. Why lease and staff stores when people can buy your product from their homes?

Likewise, business-to-business sales (as contrasted to business between a producer and a consumer) have led to successful vertical integrations.

Geographical expansion generally works best when expanding within a firm's own segment in the supply-distribution spectrum. For example, Proctor and Gamble's acquisition of Iam's pet foods expanded Iam's reach into worldwide markets.

Louis Vuitton, the manufacturer of fine leather goods, became a world-wide destination for women after opening their own stores in the fashion capitals of the world.

In some cases, secret recipes are so valuable that they are maintained as true trade secrets and outsourcing their manufacture would be unthinkable. Think Coke©.

Let's assume you manufacture handbags and your established sales have been through independently owned gift shops. You are considering vertically integrating by selling direct to consumers on your website. Your plans for going into online sales must take into account potential loss of sales through your present avenues of distribution. Will you lose already established sales to gift shops?

Your new operation may not live up to your earnings forecast. And too often an acquisition mistake cannot be made profitable by working harder. As Warren Buffett has said, "Should you find yourself in a chronically leaking boat, energy devoted to changing vessels is likely to be more productive than energy devoted to patching leaks."

Obsolescence due to new technologies

Vertical integration could potentially hurt a company when new technologies evolve quickly and become available. The company is then forced to reinvest in the new technologies in order to stay competitive.

Higher cost due to lower volume

In any case, where a parent company is vertically integrated with a union supplier, there could be a strong cost-reduction incentive to close down the supplier and outsource the service. This, in fact, has been the trend in the airline industry where outsourcing maintenance to lower cost overseas shops has soared.

Loss of continuing focus on the originating business

Through specialization, some companies are so good at what they do they almost remove themselves from the competition. A vertical merger could upset the chemistry of a special operating focus. Here are some overall risks to look out for from the Starting a Business course.

If you are acquiring a commodity type product, not having lowest costs

If you acquire a commodity business, you will need to be assured that you will have the lowest cost among all competitors. Otherwise, you will be competing in a market where price is everything and you'll be "only as smart as your dumbest competitor."

Remember that vertical integration is one of a number of investment possibilities. Any deployment of your retained earnings will require scrutiny as to the anticipated return of the money invested. Other options include:

Evaluating the Potential of Vertical Integration

Look for examples of success in your own industry

In most cases, your industry has already determined the best potentials for vertical integration. This "me too" approach enjoys the benefit of following in the footsteps of what competitors have already proven. For example, it's already been proven in the shoe business that a manufacturer can successfully operate company stores.

Look for possibilities both "up" and "down" the chain

Once you have outlined the vertical chain of functions in your industry, you can look for opportunities in both directions. If you're a retailer of furniture could you establish a manufacturing function (go upstream)? Or if you're a distributor could you get into retailing (downstream)?

Weigh advantages against the risks

Review the lists of advantages and risks listed in this session. For each entry assign a numerical value 1 - 10 as to the degree of benefit or risk. A + 10 would be for a benefit of the highest order. A - 10 would be a risk of the highest order. By summing up objectively both the benefits and risks you can gain an increased level of objectivity for making a decision.

Vertical integration was the primary tool used by the great industrialists of the 19th century who dominated entire industries and became very rich. Andrew Carnegie was a classic example. He not only owned the steel mills but controlled the coal and iron fields, the railroads and everywhere he bypassed the middleman and their fees.

Under any instances of vertical integration growth, you will be gaining the benefit of acquiring an existing business rather than starting one from scratch.

The bottom line is this: Growing a business is not easy. Continue working on improving your business skills. Consult and hire people smarter than you. Be conservative when you invest your retained earnings. Don't over-leverage. And never take a risk that will bet your company.

Expanding into a vertically integrated operation will expose you to an uncommonly high business risk. First set up the operation on a small, pilot plant basis before committing major expansion and funding. Take on small steps before taking big ones and learn more as you proceed. Make careful financial comparisons of investment required, including the risks of obsolescence.