Campus Recreation hopes to mirror Santa Clara University's commitment to leading the nation on issues around sustainability. Every year, we participate in a waste characterization hosted by the Center for Sustainability which allows us to see what kind of waste is coming from the Malley Center and what can be or should have been recycled or composted instead of thrown away into the landfill.

The Center for Sustainability works with us to collect recyclable items through Terracycle that are not usually recycled. We hosted the Hoofprint Challenge from 2013 - 2017, which allowed us to work with the SCU community in offsetting the carbon emissions from our 17 Club Sport team travels.

Learn more about all of Campus Recreation’s sustainability initiatives below.

Recycling Brigades
Recycling Numbers
We have diverted the following from the landfill by using Terracycle
83
Britta filters have been recycled. This is a currently open brigade.
30K+
Energy bar wrappers collected from April 2013 - February 2020 when the brigade closed.
1,291
Personal care & beauty products recycled through Terracycle. This is a currently open brigade.

We have the standard bins that you see around campus PLUS we have special blue bins for additional recyclables on campus and through Terracycle. 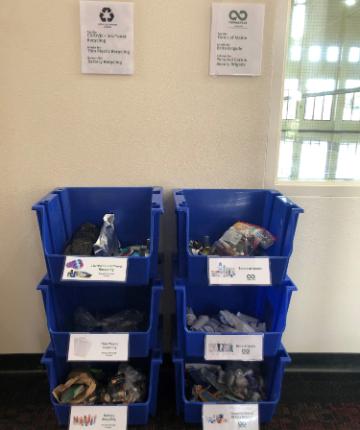 Image of the blue bins in the Malley Center hallway

Q: Where can I drop off items to be TerraCycled?

A: View the SCU Sustainability Features Google map of campus to find the locations of TerraCycle bins at SCU or use the blue bins in the Malley Center.

Q: What can I TerraCycle?

A: In collaboration with the Center for Sustainability, Campus Recreation has joined the following TerraCycle Brigades Brita Brigade, Personal Care & Beauty Products and the Tom's of Maine Brigade. (Terracycle has canceled the paired shoes, energy bar, and writing utensil brigades).

Q: How do I know what can be TerraCycled?

A: Click on the accordions below to find out more!

Q: What can I recycle in the blue bins?

A: You can bring your old batteries, CDs & DVDs, and thin plastic. These items will be recycled through the university. We do not accept e-waste or CF lightbulbs. Please contact Facilities directly to pick up these items 408-554-4742.

Q: Where are the blue bins?

A: The blue bins are in the main hallway of the Malley Center to the left of the check-in desk. 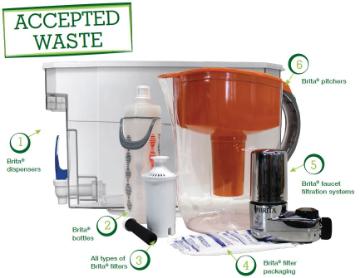 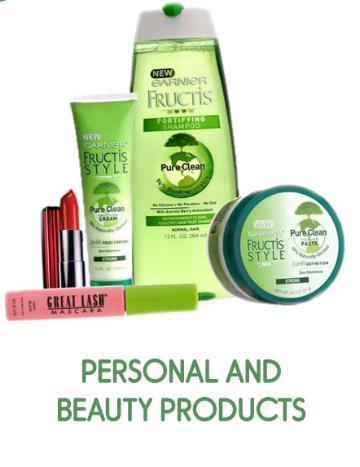 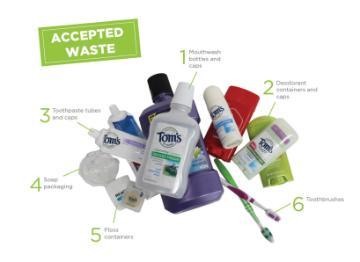 As of 2012, Campus Recreation participates in an annual Waste Characterization in order to gain valuable information about how to limit the amount of waste the Malley Center produces, and what some of the most popular forms of waste were. In order to reach the goal of going Zero Waste by 2020, characterizing our waste is invaluable. We have made many changes to our operations based on the waste we have seen in these Waste Characterizations. 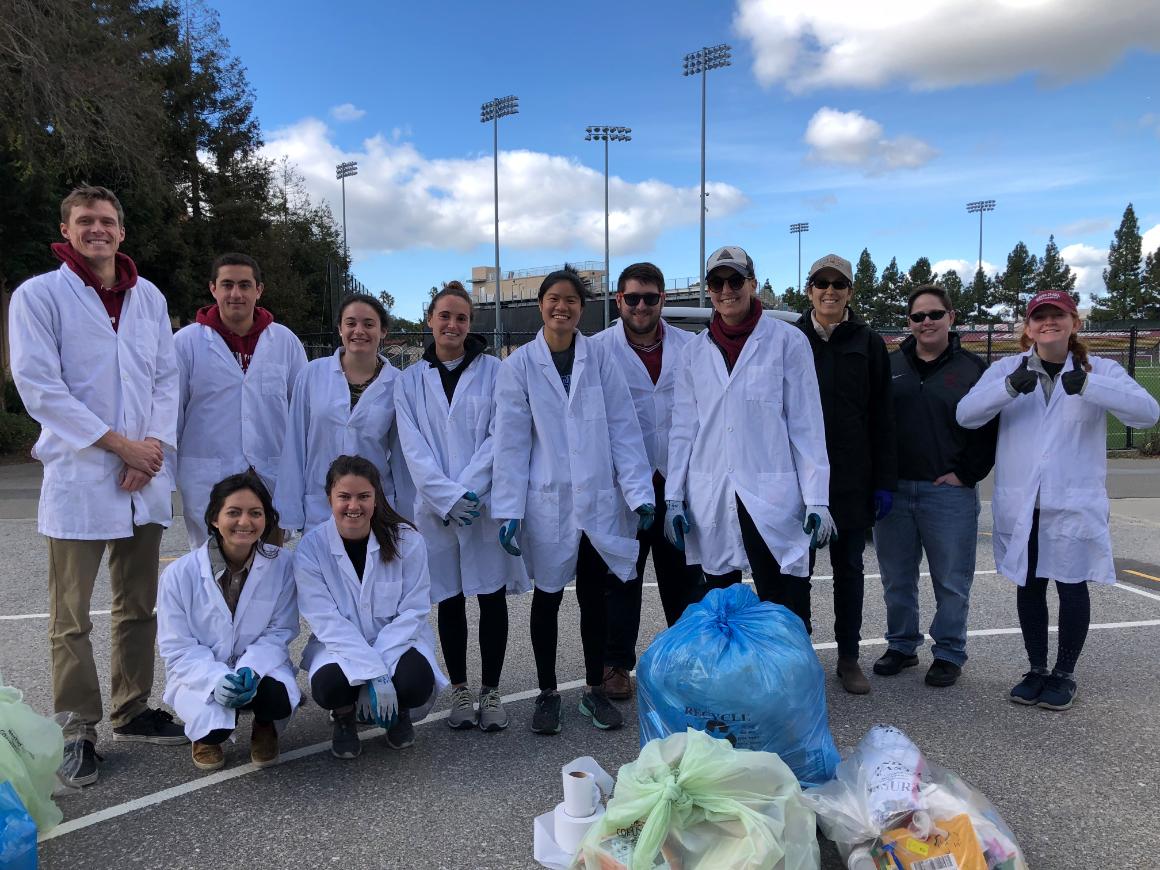 Image from Waste Characterization in 2019 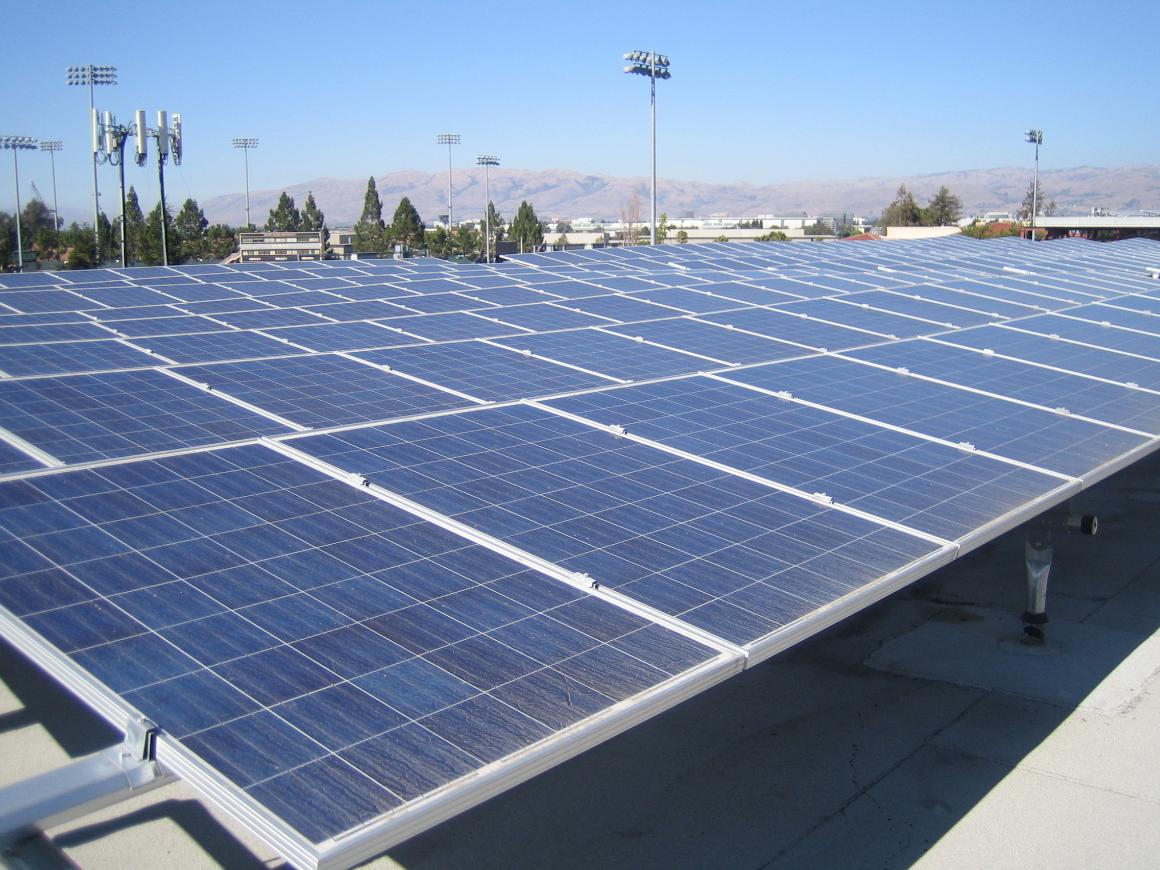 Information about the Hoofprint Challenge 2013-2017

To help us off-set carbon emissions & educate SCU students about how travel impacts the environment we held the Hoofprint Challenge from 2013-2017. The final year of this challenge had students pledging to change behavior for a week, quarter, or the year. Each change will equal an off-set amount due to your change having a positive impact on using less of our natural resources.

Campus Recreation began a campaign to bring awareness to behavior changes that can contribute to reducing carbon emissions. After calculating the total club sports emissions for competition travel for the 2012-2013 academic year, the total emissions equated to 263 tons of carbon dioxide being emitted. In efforts to lower the total club sports emissions for 2013-2014, Campus Recreation engaged the entire campus by quantifying small, medium, and large impact behaviors and challenged students and staff to do enough to "offset" the emissions from club sports.

The 2014 – 2015 Hoofprint Challenge began October 20, 2014. After calculating the total club sports emissions for the competition travel for the 2013-2014 academic year, the total emissions equated to 135 tons of carbon dioxide, which was approximately 130 tons lower than the previous year.

This challenge had 248 tons to off-set from the 14-15 year of club sports travel. We were not successful in reaching this goal. We believe the format survey was too much like the previous to years and we did not market the challenge as well as we could. We only off-set 84 tons and left 163 to off-set.

This year we adjusted the survey to be a pledge, and had totals for a week, quarter, or year of the behavior change. We accomplished this year's total of off-sets; and additionally gained 17 tons through our Terracycle brigades program. We had the largest number of club sports athletes participating in the pledges - with 82 of the 88 students and we had 5 faculty/staff - all 93 helped us off-set 125 tons.

In 2017, we had one of the two full-time employees on medical leave and were unable to keep up the Hoofprint Challenge. We hope to bring another project like this back in the future to help combat the carbon footprint from all the club sports travel to practices, and competitions.

We have been featured or have presented about Sustainability